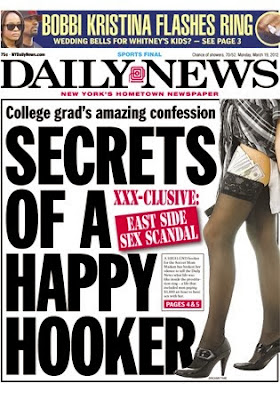 So I used to be a call girl.

A life of excitement, new people, and fear. It was a means to support addiction. A few tales of stored memories were rather amusing I must say.

They call me to a hotel in the Big City. 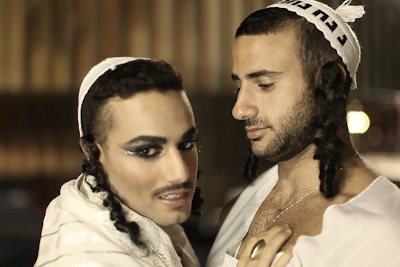 Hasidics break all the rules

Although part-jewish, my last experience with Jews was dropping pennies on heads at the mall.

They took their clothing off. 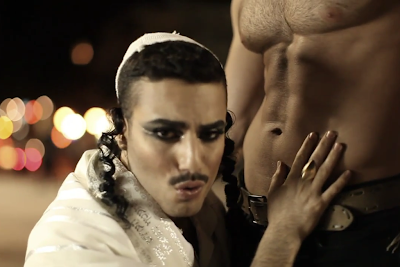 I stayed in bra and panties.

They didn't fuck through a sheet. 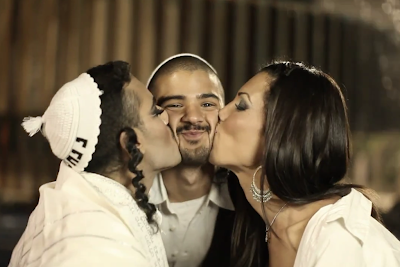 I was to lay aside them while they touched my leg.

They proceeded to kiss and I witnessed homosexual intercourse for the first time -- spooning style. After 40 minutes, his ass must've hurt! 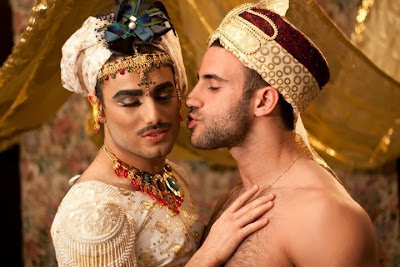 Many desires out there.

from, a REAL LIFE reformed callgirl.....model/dancer/addict and so much more...

The Hooker Diaries : Episode 1 : The Lawyer 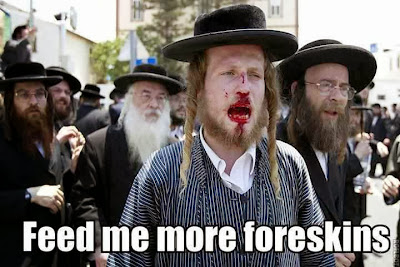 Rabbis: Pry These Foreskins From Our Cold, Dead Lips

A possible big soda ban isn't the only hot topic being discussed by the city's board of health this week. Before today's main course of sugary drinks the DOH had a nice, bloody appetizer yesterday: "metzitzah b’peh," or the practice of sucking the blood from a just snipped foreskin in traditional Jewish circumcisions (in theory to speed healing). Holocaust survivors, herpes and mohels, oh my!

The dangers of mohels sucking baby penis has been much in the news lately—the CDC last month announced that at least 11 NYC boys have been infected with herpes through the practice in the past decade—and yesterday's meeting was reportedly not lacking in opinions. The city is considering requiring parents to sign a written consent form that indicates they understand the risks of the ritual, and some rabbis don't like that.

"I myself have performed 25,000 circumcisions, and, thank God, we have not had one single incident," Rabbi A. Romi Cohn, a mohel and Holocaust surviver representing the American Board of Ritual Circumcision, said yesterday. "Our guidelines are, I think, much stricter than the medical profession." But is it? The blog Failed Messiah makes an argument that it really isn't.

Mohels at the hearing argued that a consent form would infringe on their religious freedoms, but city health officials aren't biting. "The concept of informed consent puts more of the decision-making power and more of the information in the hands of the parents," Susan Blank, the assistant commissioner of the STD Control Program at the city’s Department of Health and Mental Hygiene, pointed out yesterday.

The DOH says it should have a decision on the matter by September, and if the law comes down in favor of snip-n-suck consent forms, well, the rabbis are ready for a fight: "If we feel that our religious freedom is being restricted, we have the right to challenge it in court … we are ready, if needed, to challenge this," Rabbi Levi Heber, the director of the International Bris Association, said. 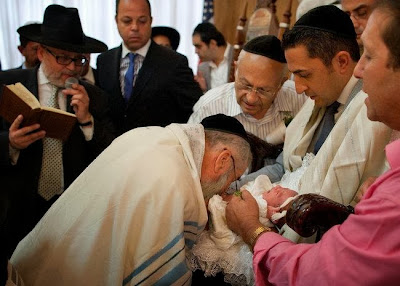