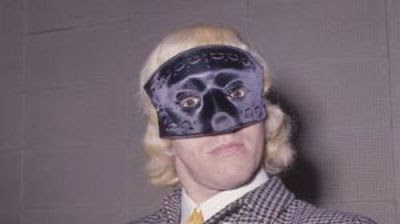 LONDON, ENGLAND -- Jimmy Savile beat and raped a 12-year-old girl during a secret satanic ritual in a hospital.

The perverted star wore a hooded robe and mask as he abused the terrifi ed victim in a candle-lit basement.

He also chanted “Hail Satan” in Latin as other paedophile devil worshippers joined in and assaulted the girl at Stoke Mandeville Hospital in Buckinghamshire. The attack, which happened in 1975, shines a sinister new light on the former DJ’s 54-year reign of terror.

Savile, who died aged 84 in October 2011, is now Britain’s worst sex offender after police revealed he preyed on at least 450 victims aged eight to 47.

The girl kept her torment hidden for nearly 20 years before finally opening up to therapist Valerie Sinason.

Dr Sinason told the Sunday Express she first spoke to the victim in 1992. “She had been a patient at Stoke Mandeville in 1975 when Savile was a regular visitor.

“She recalled being led into a room that was filled with candles on the lowest level of the hospital, somewhere that was not regularly used by staff. Several adults were there, including Jimmy Savile who, like the others, was wearing a robe and a mask.

“She recognised him because of his distinctive voice and the fact that his blond hair was protruding from the side of the mask. He was not the leader but he was seen as important because of his fame.

“She was molested, raped and beaten and heard words that sounded like ‘Ave Satanas’, a Latin­ised version of ‘Hail Satan’, being chanted. There was no mention of any other child being there and she cannot remember how long the attack lasted but she was left extremely frightened and shaken.” 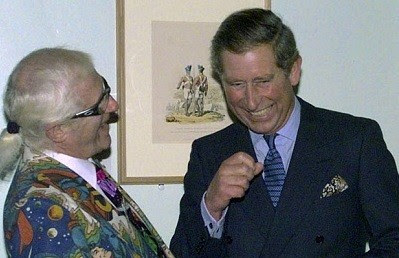 Savile was a volunteer porter and fundraiser at the hospital between 1965 and 1988 and had his own quarters there.

Five years after the hospital attack, he abused a second victim during another black mass ceremony held at a house in a wealthy London street.

Dr Sinason, director of the Clinic for Dissociative Studies in London, said: “A second victim approached me in 1993. She said she had been ‘lent out’ as a supposedly consenting prostituted woman at a party in a London house in 1980.

“Along with other young women, the victim was shepherded to wait in another room before being brought back to find Savile in a master of ceremonies kind of role with a group wearing robes and masks. She too heard Latin chanting and instantly recognised satanist regalia. Although the girl was a young adult, who was above the age of consent, she had suffered a history of sexual abuse and was extremely vulnerable.”

Both victims contacted Dr Sinason, who is president of the Institute of Psychotherapy and Disability, while she was involved in a Department of Health-funded study into sexual abuse committed during rituals and religious ceremonies. She said: “Both these witnesses did speak to police at the time but were vulnerable witnesses and on encountering any surprise or shock did not dare to give all the details.”

The police took no action.

Dr Sinason added: “Savile was still a huge celebrity in the early Nineties, let’s not forget, and there was never any action taken against him or any of the others involved.

“Neither girl knew one another, they lived in different parts of the country and contacted me a year apart yet their experiences are very similar. Whether Savile was a practising Satanist or merely enjoyed dressing up to scare his victims even more will perhaps never be known but he left those two girls mentally scarred.”

Dr Sinason has passed details of the abuse to officers from the Savile inquiry, Operation Yewtree.

A joint report published on ­Friday by the Metropolitan Police and the NSPCC uncovered at least 30 claims of abuse at Stoke Mandeville.

The hospital said it was unable to discuss individual cases while its own “Speaking Out” investigation was ongoing.

Anne Eden, chief executive of Buckinghamshire Healthcare NHS Trust, said: “As the investigation’s name suggests, it is very keen to hear from anybody with any knowledge that they feel could help its work or anybody that needs support because of Jimmy Savile’s alleged behaviour.” 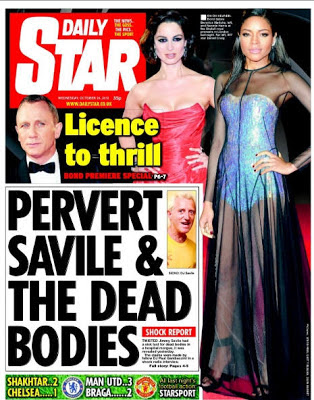 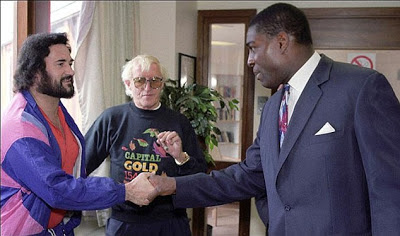 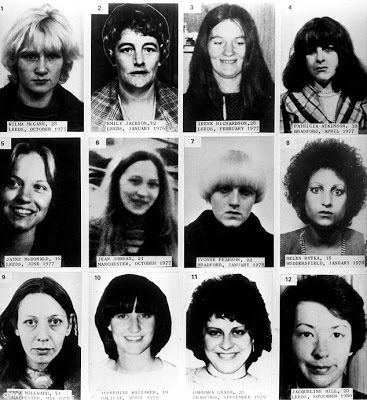 Savile was allegedly questioned by police about the crimes of Yorkshire Ripper serial killer Peter Sutcliffe. Seen here are twelve of his 13 victims 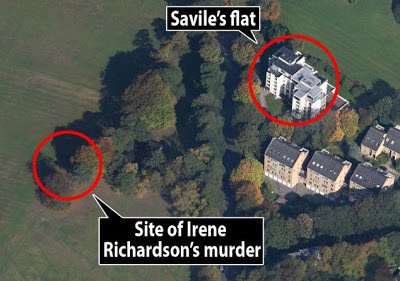 Doorman to the Cesspit: "I’ve known the (Satanic) Royal Family for a million years" 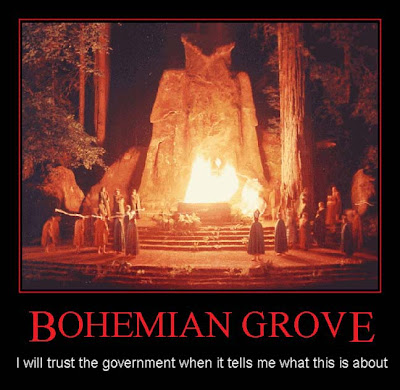