Home » charlie sheen » If you had $100-million to spend on hookers and whores...

If you had $100-million to spend on hookers and whores...

Posted by Unknown Posted on 2:56 AM with No comments 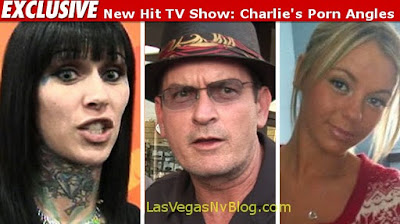 "There’s gonna be some vicious shit said on stage tonight,” promised a staffer on Comedy Central’s roast of Charlie Sheen. And he was right. Celebrity roasters took the dais for the much-buzzed-about special and open fired, mocking Sheen’s history of drug use and employing prostitutes, as well as allegations of the actor abusing women. Here’s EW’s slightly NSFW live blog from the Culver City event (and if you just want to read the eight meanest jokes, go here): 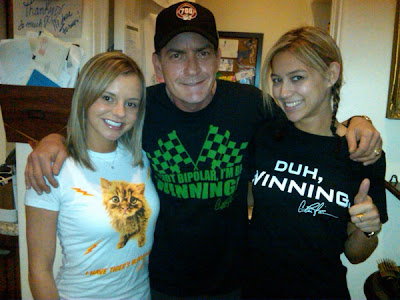 – Comedian Jeffrey Ross throws some tough punches: “Charlie’s meltdown was so bad Al Gore is making a documentary about it. Charlie’s nostrils are so snotty and full of coke he calls them ‘the Hilton sisters.’ … Charlie if you’re ‘winning,’ something is wrong with the scoreboard. If you’re winning, this must not be a child custody hearing. The only time your kids get to see you is in reruns — don’t you want to live to see their first 12 steps? [Sheen's ex wife] Brooke Mueller is not very bright unless Charlie throws a lamp at her. … Mike Tyson, your opponents spent more time bleeding in the corner than Charlie’s ex-wives.” 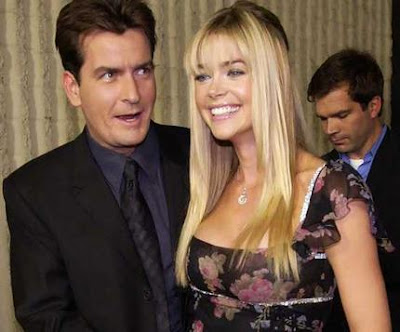 – Host Seth MacFarlane takes the stage and starts in on Sheen, “a man who was great in two things 25 years ago.” He notes CBS’ Two and a Half Men will air a mock funeral for Sheen’s character during its premiere on the same night the Comedy Central roast airs but, “You can just wait a couple months and see the real thing.” MacFarlane then started to read an obituary he wrote for Sheen, saying the actor was found dead in his apartment, then stopped: “I just kinda just copied Amy Winehouse’s obituary,” adding he “only had to change a few things … like calling him a ‘talent who will be missed.’” Then MacFarlane said: “You’ve seen his movies [and] if you’re a prostitute you’ve seen him point a gun at your face while you try to get him hard. … Charlie, you claim to have ‘tiger blood,’ but after all the porn stars you’ve [had sex with], it’s probably Tiger Wood’s blood … How do you get fired from Two and a Half Men? Do they haul you in and say, ‘Sorry, you don’t suck enough? The firing of Charlie Sheen tells you all you need to know about Hollywood. You can abuse drugs, you can abuse your spouse, you can trash hotel rooms, you can solicit hookers, but don't you ever, ever call a Jewish guy by his actual Jewish name!” That’s a reference to Sheen ranting against the folks who wanted to fire him and referring to Two and a Half Men co-creator Chuck Lorre by his Jewish name — Chaim Levine. Immediately, Charlie was rightfully or wrongfully tagged as a self-hating Jew having made an anti-Semitic remark (never mind that Websters Dictionary defines "Semite" is "Arab"). 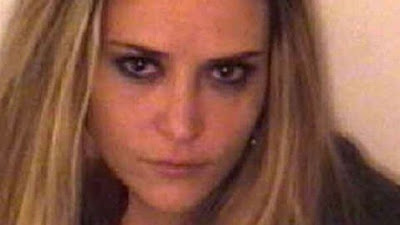 – Jon Lovitz takes the dais: “How much blow can Charlie Sheen do? Enough to kill Two and a Half Men. According to the Torah, Charlie’s a Jew. Not because his mother’s Jewish. But because CBS paid him $50 million and he still sued the network.” … Lovitz also threw a shot at fellow roaster, Private Practice star Kate Walsh: “Kate could play younger roles but she lacks one thing: moisture.” Lovitz 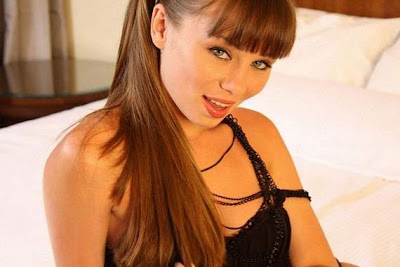 – Walsh is introduced by MacFarlane as “the hottest actress of 2002.” Walsh shoots back: “The only difference between [Seth] and the hooker Charlie locked in the closet is the hooker eventually came out.” Then: “Charlie, you’re an incredible medical specimen, one of the benefits of waking up at the crack of crack.” And then: “It’s amazing, after abusing your lungs, liver and kidneys, the only thing you’ve had removed is your kids.” (And that one gets an ohhhh from the audience). 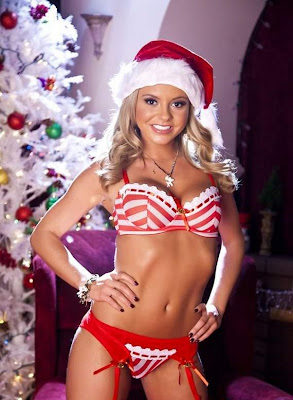 – Comedian Anthony Jeselnik starts out with a low blow, referencing the actor taking over Spin City: “The only reason you got on TV in the first place is because God hates Michael J. Fox. … You dropped out of school faster than Casey Anthony’s kid. … You’ve convinced more woman to get abortions than the pre-natal test for Down syndrome. Charlie Sheen, you got fired for calling your boss a Jew fuck. If the average person could call their boss a Jew fuck then everybody would do it.” 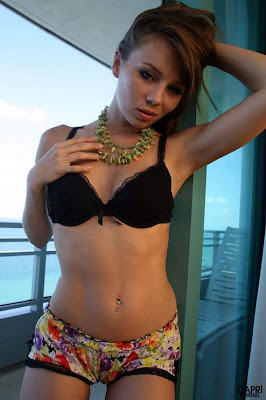 – Mike Tyson is on stage. He keeps nervously playing with his jacket, his jokes have a profane poetry slam theme. This segment is going to be edited pretty heavily. If more than 90 seconds of this makes it on the air, I’d be surprised. “This wife beating coke head who claims he’s a rock star from Mars, if he were black he’d be behind bars” — like that. 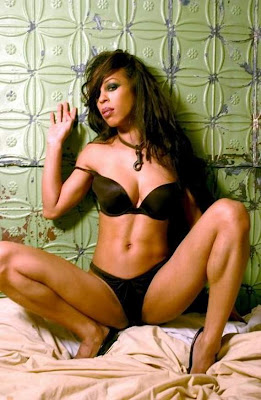 – Steve-O starts off by mocking the low-wattage dais: “The last time this many nobodies got roasted at least the band Great White was playing.” Then takes on Sheen: “Your nose is like my ass, there’s nothing you won’t shove up there. … You do have magical powers: your wife, your job, your teeth. … Charlie still hasn’t hit rock bottom, he’s is looking forward to it though because he thinks there’s a rock there.” 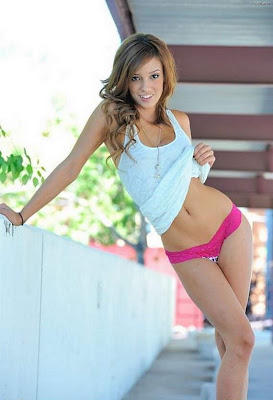 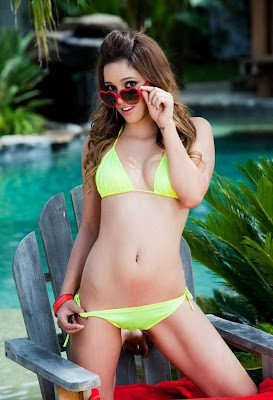 – MacFarlane introduces Shatner as “the guy who played Captain Kirk on Star Trek before it looked like gay guys working in a Mac store.” Shatner replied by telling the audience, “keep it going for Chaz Bono.” Shatner then gets on Sheen: “I know another guy who was kind to whores and he got crucified by Jews too. … I’ve had sex in space with green women; you’ve had sex with blue women because they couldn’t handle their drugs… Would it kill you to open a door for [a woman] before locking her in a closet?” 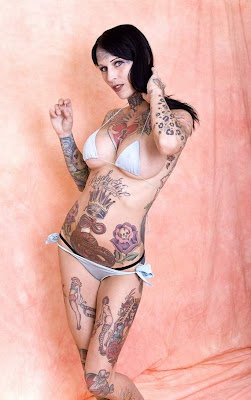 – And FINALLY … Charlie Sheen himself, giving his rebuttal: “Until tonight I never realized how fucked up I was. I just thought I was having fun … Kate Walsh, I don’t know anybody who watches your show, because I date woman who can still get their period. When the show gets canceled it’s the worst news your fan will hear until her cat gets Leukemia. … Jon Lovitz, just last week we chatted in the backyard and had a few laughs, then he got back on the mower and drove off. … Amy Schumer, you really fucked me tonight, which is great because I’m into anonymous sex, and nobody is more anonymous than you. … I asked William Shatner to be here because I needed some clean urine; I had to wring it out of the diaper, but it did its job.” He concluded: “Once again, I come out unscathed. You can’t hurt me. I can’t kill me … Did you really think your little jokes were going to hurt me? I did porn stars. I did drugs. Then I did the one thing everybody in America wishes he could do. I told my boss to fuck off. And then it was gone. … I’m done with ‘the winning’ because I’ve already won.” 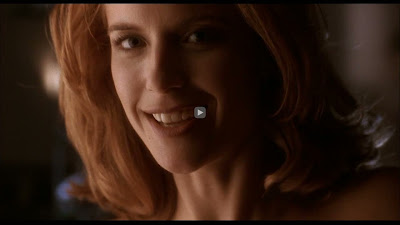 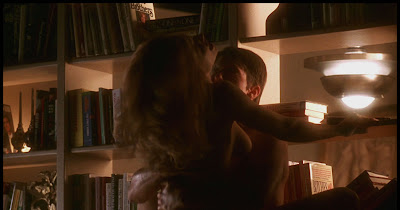 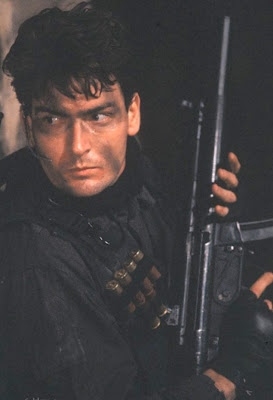