Giant Trees At the Cambodian Temple of Ta Prohm

Posted by Unknown Posted on 2:34 AM with No comments
Ta Prohm is a temple at Angkor, Cambodia, built in the late 12th and early 13th centuries. Located approximately one kilometer east of Angkor Thom and on the southern edge of the East Baray near Tonle Bati, Ta Prohm has been left in much the same condition in which it was found. Huge trees, reminiscent of ancient redwoods and oaks, are blended into the walls, and rocks hugging the giant roots gives the temple a surreal appearance. The photogenic and atmospheric combination of trees growing out of the ruins and the jungle surroundings have made it one of Angkor's most popular temples with visitors. 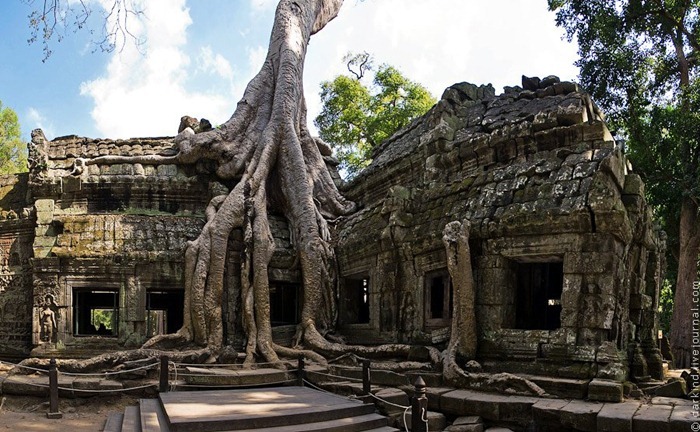 Ta Prohm was built by the Khmer King Jayavarman VII as a Mahayana Buddhist monastery and university. After the fall of the Khmer empire in the 15th century, the temple of Ta Prohm was abandoned and neglected for centuries. When the effort to conserve and restore the temples of Angkor began in the early 20th century, it was decided that Ta Prohm would be left largely as it had been found, as a "concession to the general taste for the picturesque."

The temple of Ta Prohm was used as a location in the film Tomb Raider. Although the film took visual liberties with other Angkorian temples, its scenes of Ta Prohm were quite faithful to the temple's actual appearance, and made use of its eerie qualities. 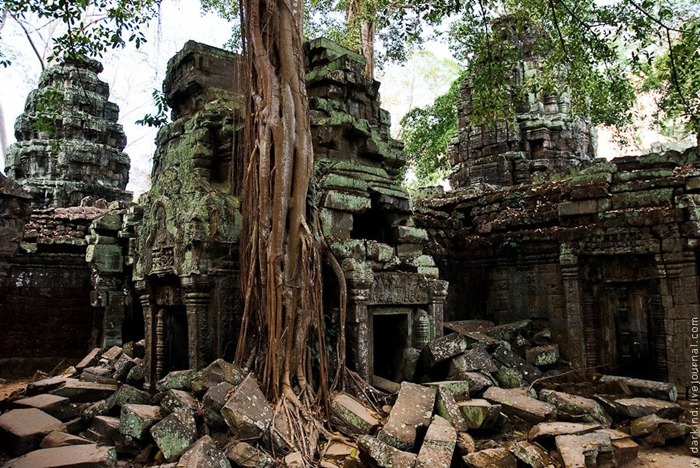 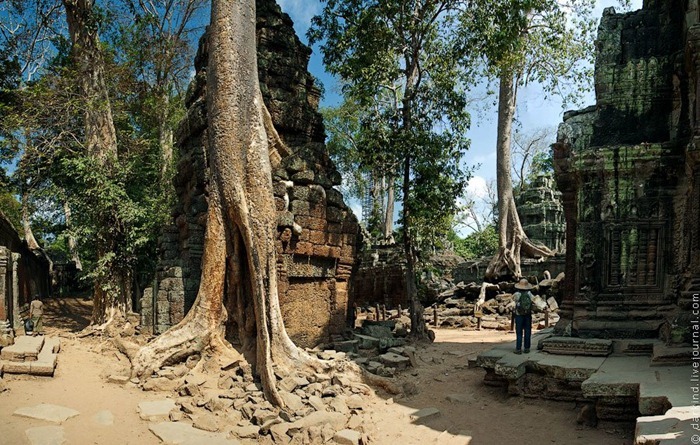 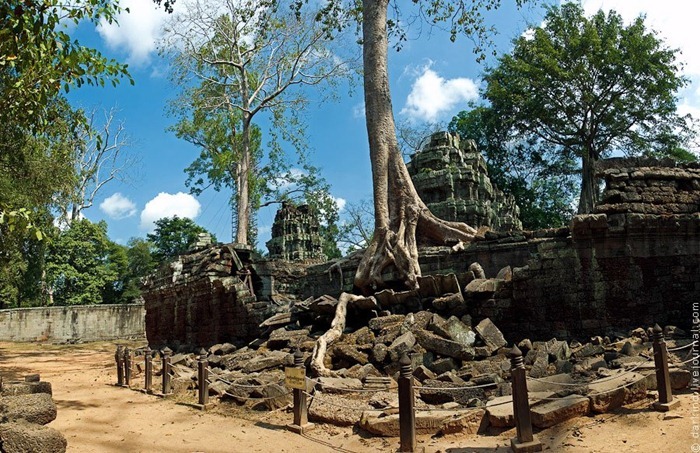 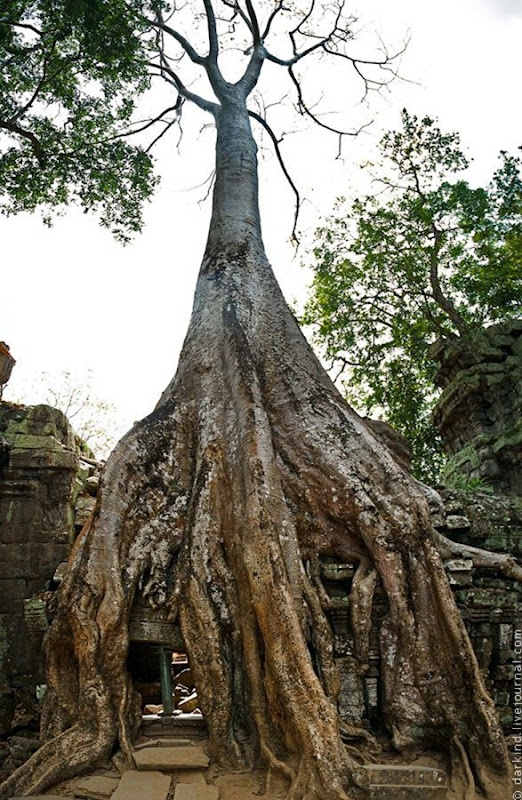 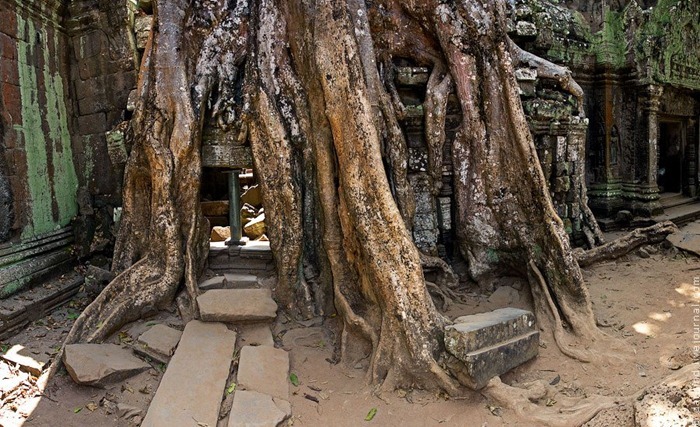 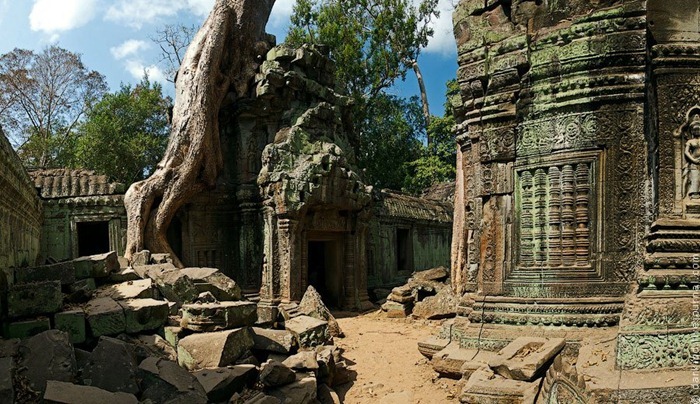 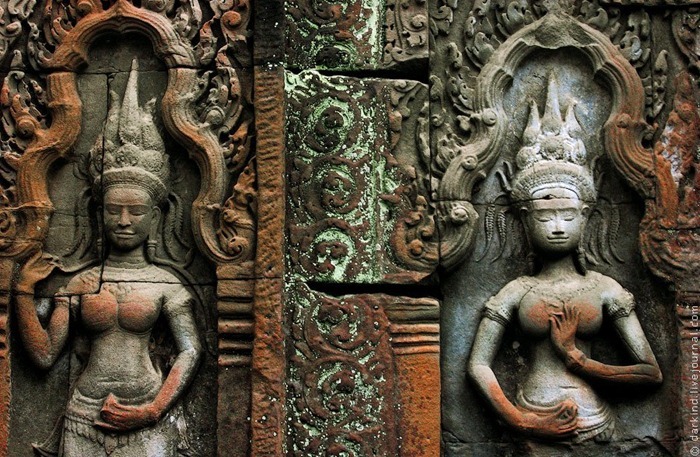 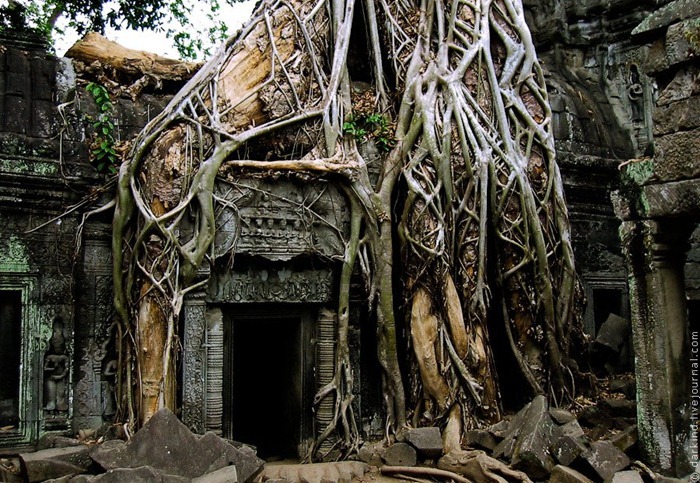 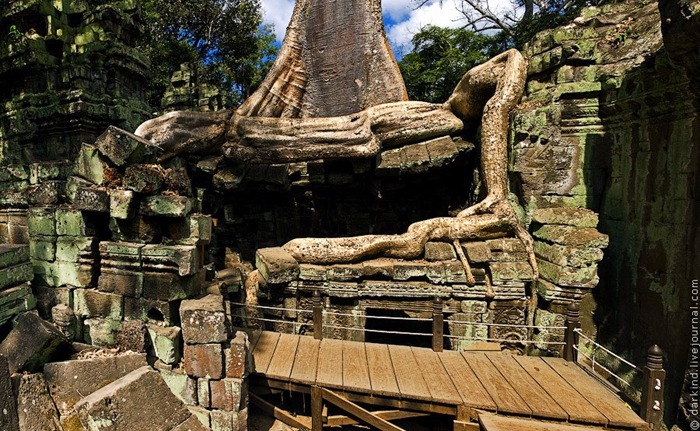 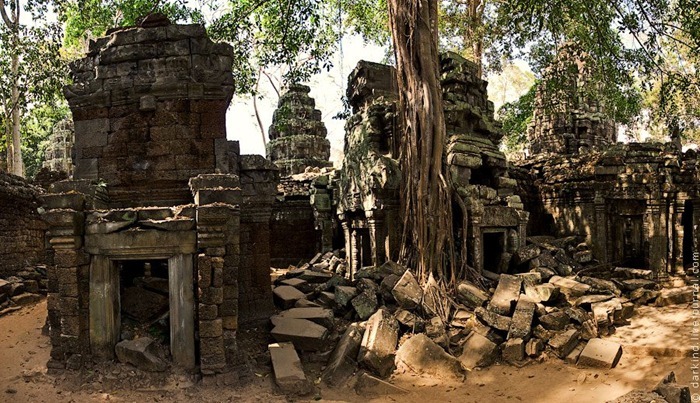 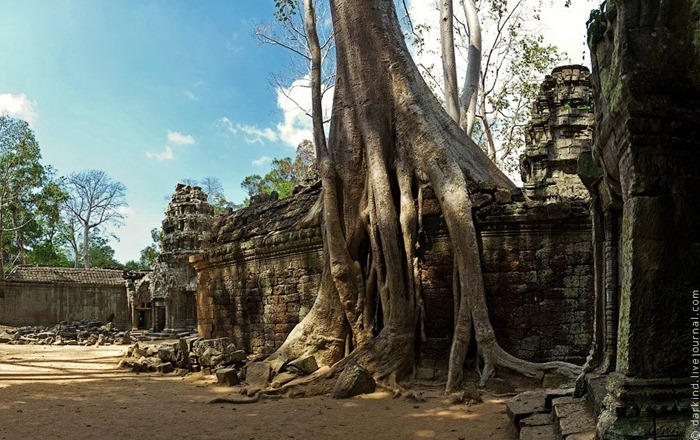 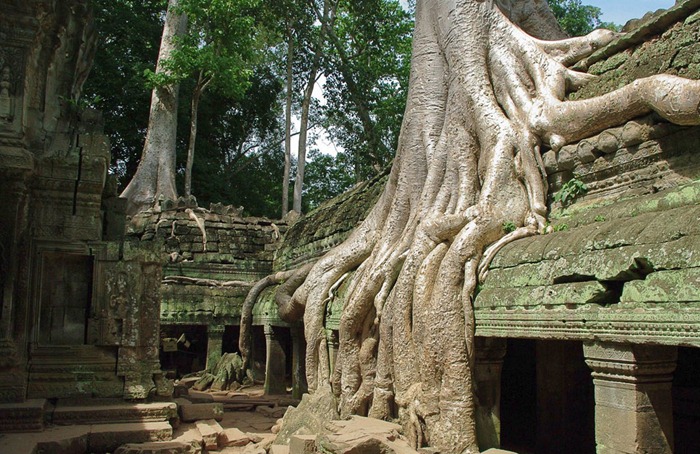