Posted by Unknown Posted on 8:35 PM with No comments
Plastination is a technique of preserving bodies or body parts by replacing the water and fat components by certain plastics, thereby yielding specimens that can be touched, do not smell or decay, and even retain most properties of the original sample. Plastination was invented by the German anatomist Gunther von Hagens in 1977, and later he founded the Institute of Plastination in Heidelberg in 1993. Dr von Hagens plastinated animals are now on display at an exhibition called “Body Worlds of Animals” at the Cologne Zoo. 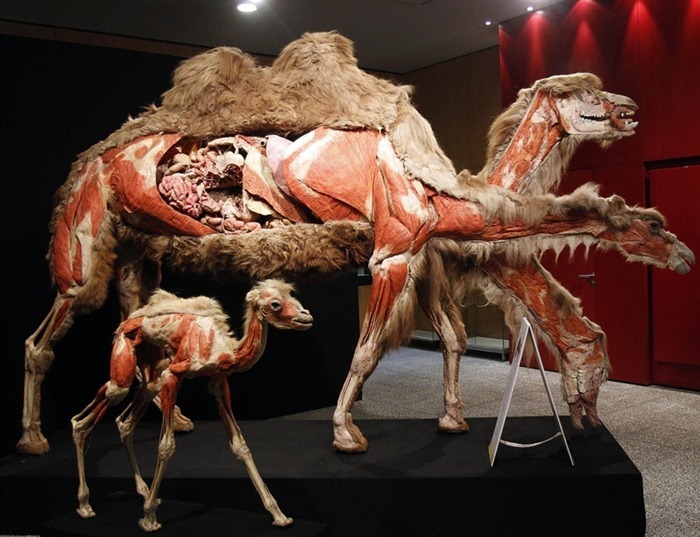 Preserved camels are shown during the opening of the exhibition
Plastination was initially used to preserve small specimens for medical study. It was not until the early nineties that the equipment was developed to make it possible to plastinate whole body specimens. The first exhibition of whole bodies was held in Japan in 1995. Over the next two years, Von Hagens developed the Body Worlds exhibition, showing whole bodies plastinated in lifelike poses and dissected to show various structures and systems of human anatomy, which has since met with public interest and controversy in more than 50 cities around the world.
Plastination is a laborious process with each specimen taking up to 1,500 man hours to prepare. A giraffe took three years to complete; an elephant took 64,000 hours. Dr von Hagens plastinated human bodies too, which is the source of all controversy.
A collection of 20 animals are currently on display at the Cologne Zoo. The exhibition starts today, April 15, 2011, and will run till the end of September 2011. 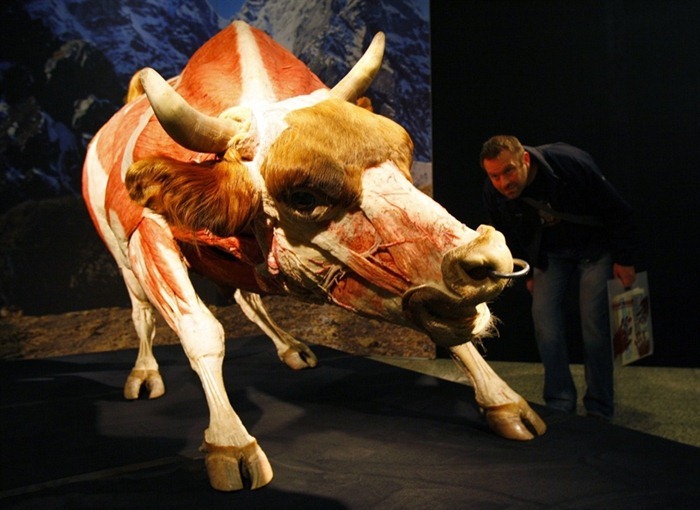 A plastinated bull during an exhibition preview 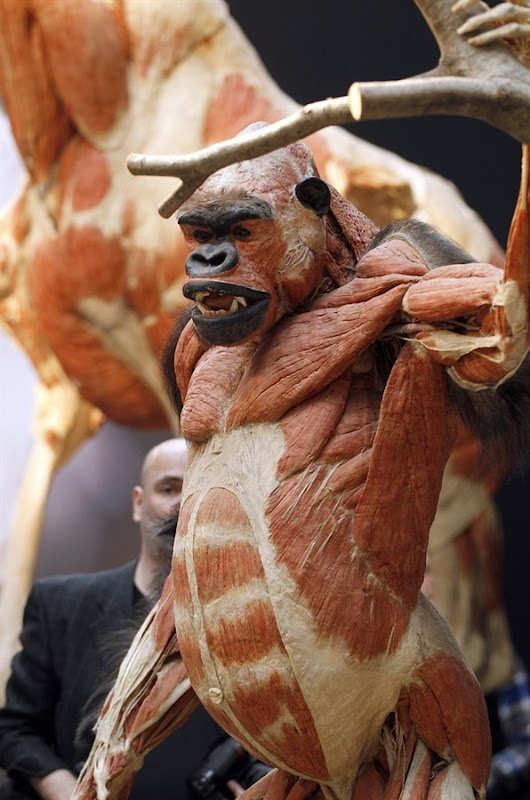 A preserved gorilla is shown during the opening of the exhibition. 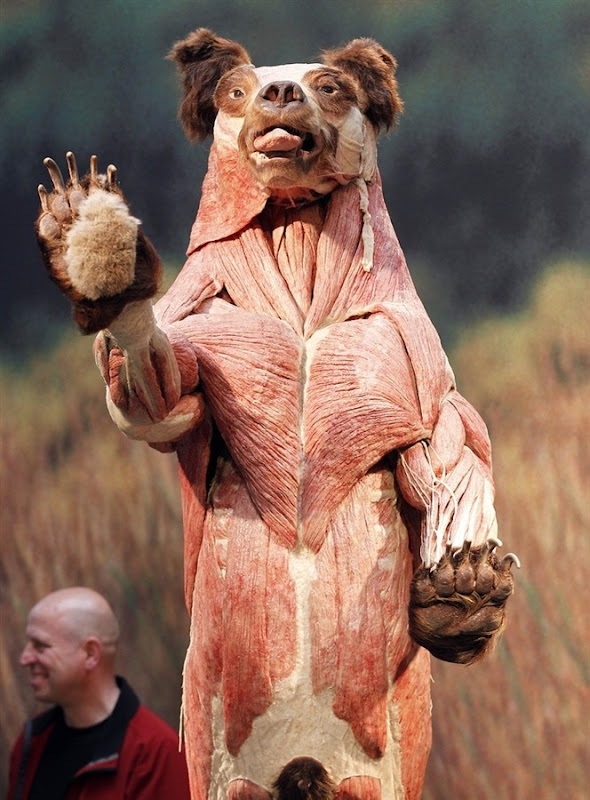 A preserved brown bear at the opening of the exhibition 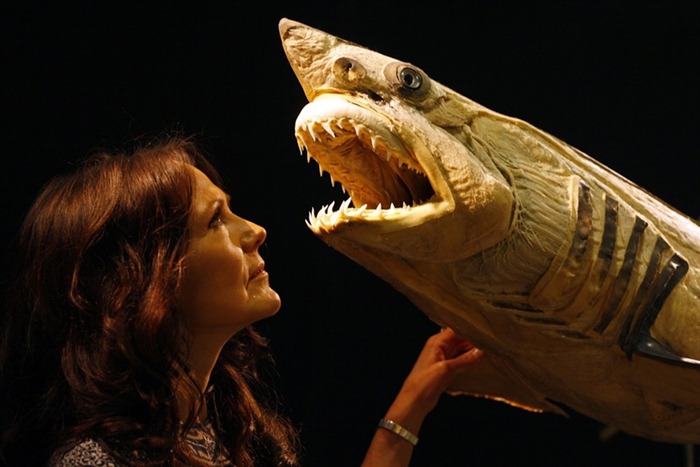 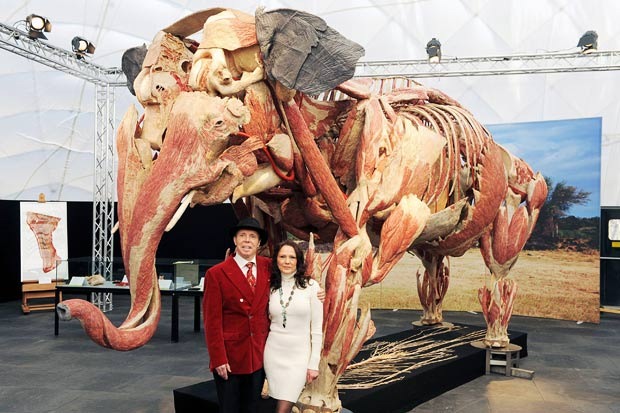 Dr Gunther von Hagens and his wife in front of a plastinated 3.2 tonne elephant at last year’s exhibition. 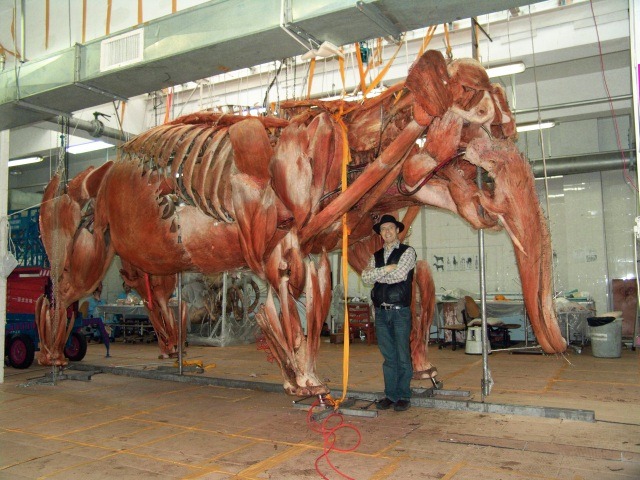 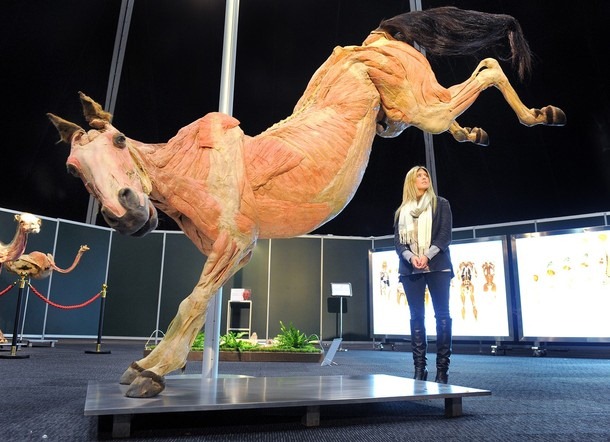 A plastinated horse at Body Worlds of Animals exhibition held in Melbourne in June 2010. 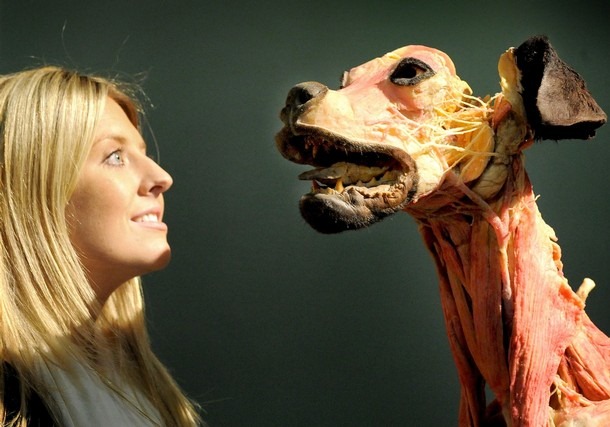