Posted by Unknown Posted on 7:37 AM with No comments
We're fascinated by the lives of celebrities, but when they pass on tragically, we can also be drawn to the way they died. In some cases, stars can become even more famous than ever for the mysterious circumstances under which they died. As a hat tip to this week's

premiere of the new History Channel series "Decoded," which has investigators looking into the untold histories of institutions such as the White House, the Statue of Liberty and more, we thought we'd take a look at stars whose untimely ends fascinate mystery buffs and conspiracy nuts alike. 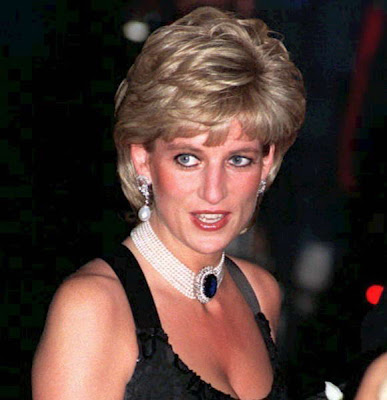 Princess Diana
Princess Diana died tragically in a car accident with friend, multimillionaire Dodi Fayed, and a bodyguard on Aug, 31, 1997. While it is officially believed that aggressive paparazzi and an intoxicated driver were to blame for the fatal accident, multiple conspiracy theories began to pop up. The most widely disseminated theory is that the British Secret Service, the MI6, orchestrated the accident as a cover-up to the assassination of Diana. 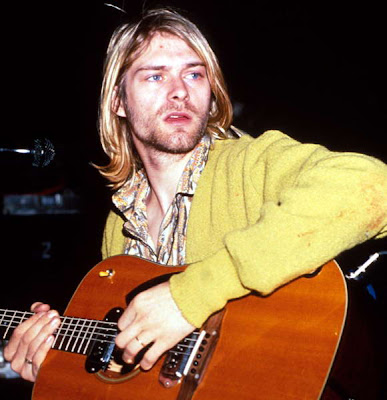 Kurt Cobain
For any '90s child, Kurt Cobain's 1994 suicide was a defining moment, but for the conspiracy-minded, it was an all-around suspicious event. Some Nirvana fans claim that Cobain was in fact murdered, and they point to evidence such as the fact that Cobain had too much
heroin in his system to manipulate the shotgun that killed him and an alleged lack of gunpowder on his hands. 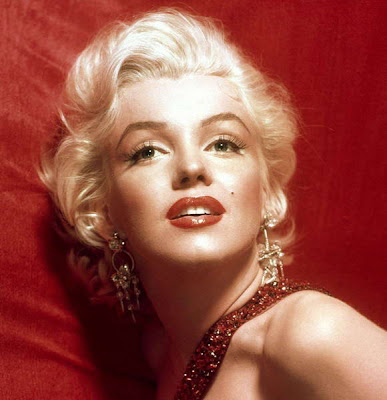 Marilyn Monroe
Officially, the cause of Monroe's 1962 death was ruled to be suicide by an overdose of pills. However, her alleged entanglements with John Kennedy prompted her fans to suspect that poor Norma Jean had been murdered. Regardless, Monroe is probably more famous today than
she was while she was alive. 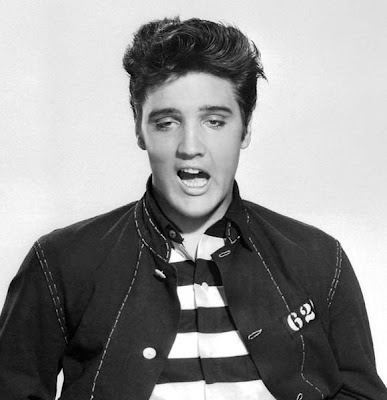 Elvis Presley
Though only the nuttiest of conspiracy buffs claim that Elvis was bumped off, plenty of die-hard fans still believe that Presley didn't die at all. According to them, Presley longed to escape the spotlight and did just that, using his considerable means to fake his death and live out his
life privately -- just him, his records and a stack of peanut butter-and-banana sandwiches. 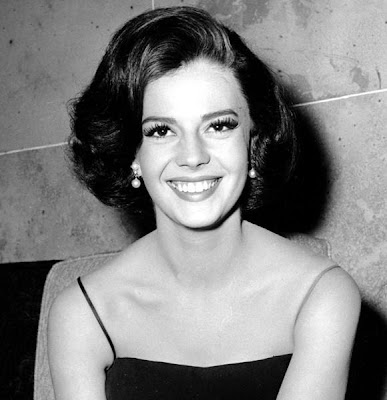 Natalie Wood
One of the strangest Hollywood deaths was that of Natalie Wood, who died at 43 years old on November 29, 1981. Along with her husband, Robert Wagner, and his costar, Christopher Walken, Wood sailed from Los Angeles to Catalina Island. Upon docking, however,
Wood fell out of the boat and drowned. It's not clear why Wood wasn't pulled back aboard or whether the cries for help heard by a witness actually came from Wood. 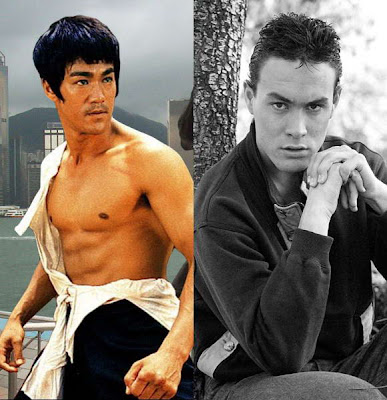 Bruce and Brandon Lee
After achieving fame in the U.S. on the original "Green Hornet" series, Bruce Lee seemed ready to become as big of a star worldwide as he had been in his native Hong Kong. However, in 1973 the seemingly invincible fighter lost consciousness after taking a painkiller and never
woke up -- his end being ascribed to "death by misadventure." Twenty years later, son Brandon Lee was poised to fulfill the family destiny of stardom when a prop malfunction caused him to be fatally shot on the set of "The Crow." Rumors of a curse on the Lee family have persisted ever since. 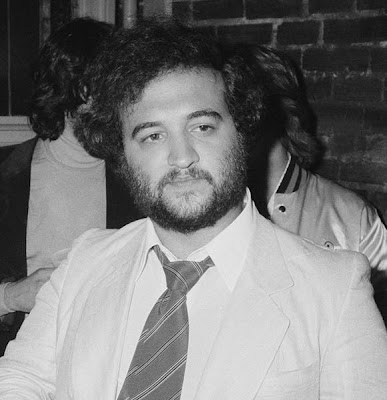 John Belushi
Founding "Saturday Night Live" cast member John Belushi was found dead in Bungalow No. 3 of the Chateau Marmont in Hollywood on March 5, 1982. Though the official cause of death was discovered to be a lethal combination of cocaine and heroin, the bizarre
incidents of the night begged the question of who was to blame. Both Robert DeNiro and Robin Williams had visited Belushi that night, as had groupie Cathy Smith. Smith later admitted to giving Belushi the fatal speedball shot and spent 15 months in prison on manslaughter charges. 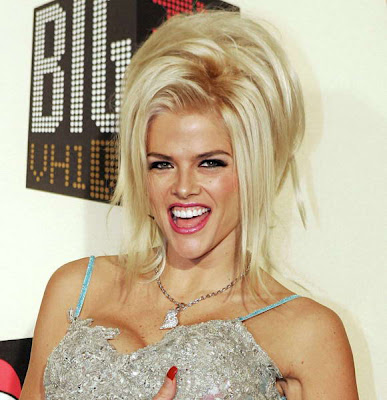 Anna Nicole Smith
Less than a year after Smith's son Daniel died of a lethal combination of medications in his system, Smith died from what investigators determined to be the same cause. A lengthy investigation followed (both into Smith's death and the paternity of her baby daughter,
Dannielynn), and ultimately her lawyer and domestic partner, Howard K. Stern, was convicted of conspiracy -- allegedly enabling Smith's drug dependency as a means of controlling her fortune -- but no one has ever been charged with causing her death. 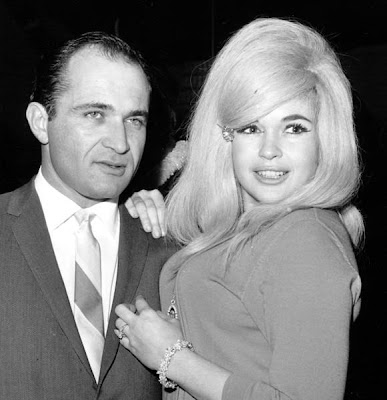 Jayne Mansfield
No one disputes that the voluptuous movie star was killed by a 1967 car accident, along with her boyfriend, Sam Brody (pictured). But a rather gory urban legend has persisted about her death: that she was decapitated. She wasn't, according to the police report, though a
well-circulated photo of the accident scene seemed to indicate otherwise. (A wig depicted near the car apparently misled some viewers.) Even more weirdly, a separate urban legend claims that the accident happened as a result of a curse placed on her by the Church of Satan.
Incidentally, Mansfield's children -- including a young Mariska Hargitay -- were in the back seat at the time at the time of the accident. The children were not seriously harmed 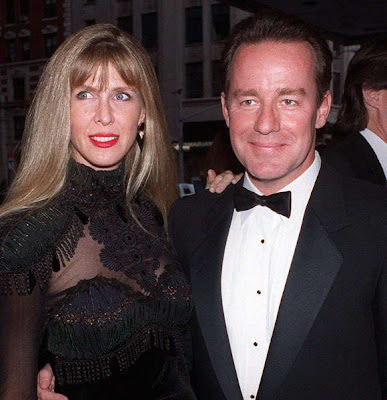 Phil Hartman
The manner of how the "SNL" star died is fairly cut-and-dry: He was fatally shot by his wife, Brynn. What lingers about the tragedy are the accusations of blame. In 1999, Brynn Hartman's brother filed suit against the makers of Zoloft and the doctor who gave Brynn samples
of the drug, on grounds that it helped bring about the murder-suicide. And actor Jon Lovitz has accused Hartman's "NewsRadio" costar Andy Dick of being responsible for having reintroduced Brynn to cocaine. Lovitz and Dick have feuded ever since. 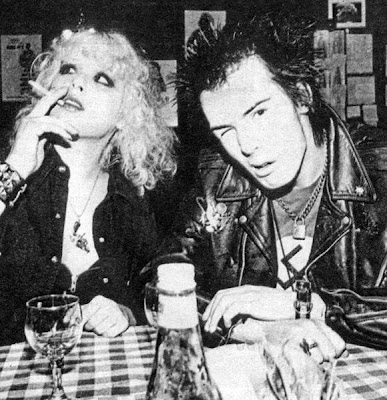 Sid Vicious and Nancy Spungen
When Spungen, girlfriend of Sex Pistols bassist Sid Vicious, was found stabbed to death in October 1978, Vicious confessed to killing her even though he had no memory of the night. Some claimed that Spungen could have been murdered by a third party as a result of a drug
deal gone bad while Vicious was unconscious. The rocker was arrested but was released on bail. In February 1979, before a trial could determine who killed Spungen, Vicious fatally overdosed, preserving the mystery forever 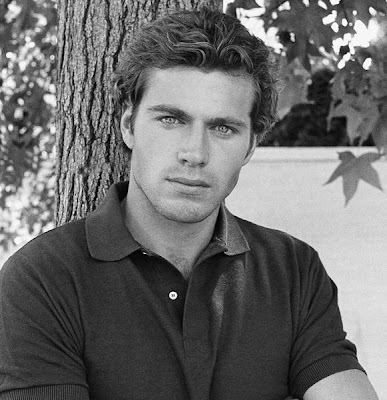 Jon-Erik Hexum
The hunky '80s star and boyfriend of singer E.G. Daily seemed poise to make a major breakthrough with the NBC series "Cover Up," but accidentally took his own life on set. During a lull in filming, Hexum allegedly began playing with a prop gun that had been loaded with
blanks. He jokingly put the barrel to his head and then fired. Hexum apparently didn't realize that prop bullets package gun powder in hard substances, and the injuries he sustained from the blanks ultimately left him brain-dead. CBS kept the show on the air for the remainder of the season.
Share this article :
Labels: Most Popular Celebs, Mystery, Top Lists