Home » Amazing Happenings » The Secret of the Blood Falls of Antarctica

The Secret of the Blood Falls of Antarctica

Posted by Unknown Posted on 8:49 PM with No comments
From a crack in the Taylor Glacier in the McMurdo Dry Valleys of Antarctica flows a curious blood-red colored water. When it was first discovered by geologist Griffith Taylor in 1911, the color was thought to have come from an algae. The source of the red color was later discovered to be an iron-rich underground saltwater lake that was trapped by the encroaching glacier at least 1.5 million years ago. The temperature of the water is -5 Celsius, but it's so salty that it doesn't freeze.
But the Blood Falls houses another secret, which scientists from Harvard University have started to uncover - it's home to an entire ecosystem of bacteria, trapped for millennia in conditions that are extremely inhospitable to life. 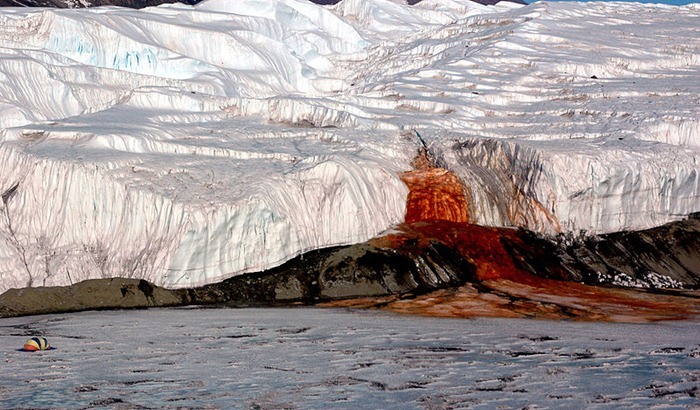 Roughly two million years ago, the Taylor Glacier sealed beneath it a small body of water which contained an ancient community of microbes. Trapped below a thick layer of ice, they have remained there ever since, isolated inside a natural time capsule. With no light or free oxygen and little heat, the microbes had no chance of getting energy through photosynthesis. Instead, the microbes started to live off the minerals that were trapped in the lake with them, evolving independently of the rest of the living world. 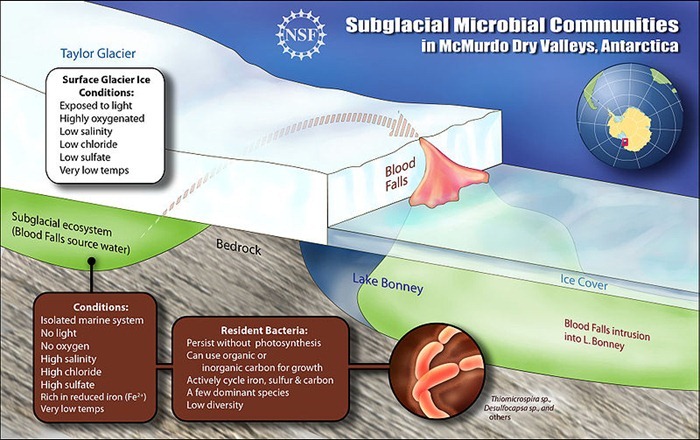 The existence of the Blood Falls ecosystem shows that life can exist in the most extreme conditions on Earth.
The fascinating secrets that remain locked inside the inaccessible sub-glacier lake will help scientist understand the range of conditions to which life can adapt and to advance assessment of the possibility of life elsewhere in the solar system, in places such as Mars or Europa, an ice-covered moon of Jupiter. Indeed, scientists of the NASA Astrobiology Institute speculate that these worlds could contain subglacial liquid water environments favorable to hosting elementary forms of life, which would be better protected at depth from ultraviolet and cosmic radiation than on the surface. 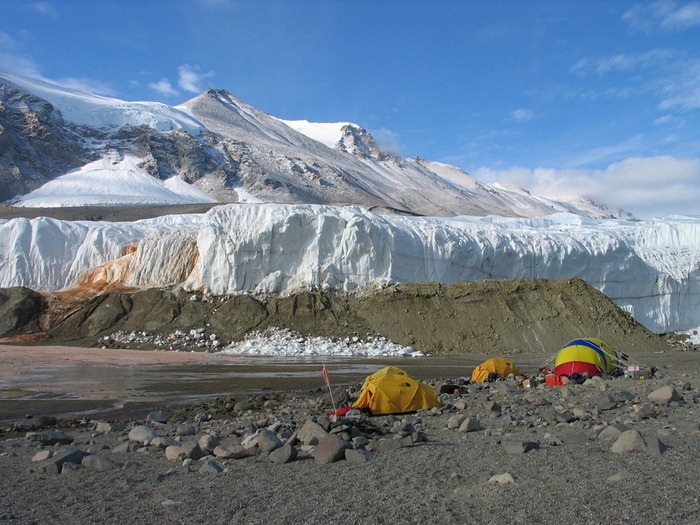 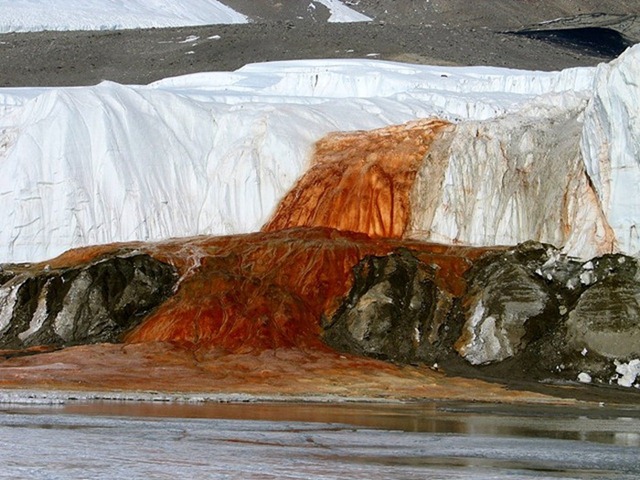