Posted by Unknown Posted on 2:16 AM with No comments
Mozambique is still littered with land mines from the country's civil war that ended in 1992. According to Handicap International, an estimated 20 people step on landmines every month in Mozambique. In addition to claiming the lives of about 60 percent of those who step on them, those land mines eat up land that could be used for farming, etc.
So Mozambique is turning to trained rats to de-mine the country. The rats have an acute sense of smell and are small enough not to detonate the mines. Every time they detect explosive, they make a clicking sound and receive a bit of banana as a reward. Rats trained under the scheme have already helped clear large swathes of land in mine-infested Mozambique. 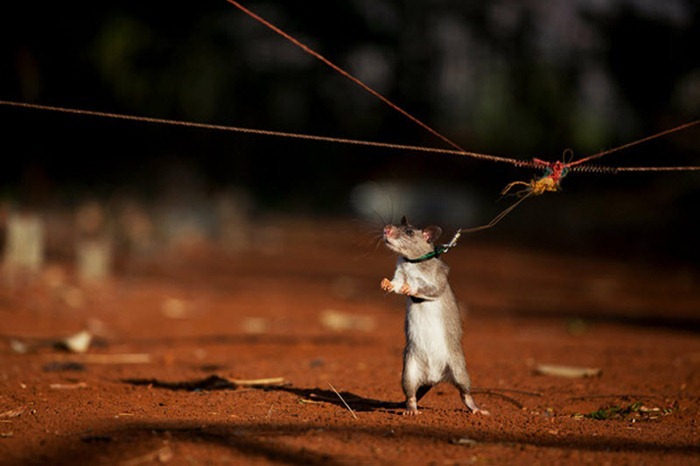 It takes nine months of painstaking on-and-off field training for a rat to be deployed for mine detection, but they much better job than dogs or humans. A team of two rats can clear a 200 sq mt minefield in two hours rather than the day it takes humans.

The brain behind the project named APOPO (a Dutch acronym meaning Anti-Personnel Land Mines Detection Product Development) is Bart Weetjens, a 33 years old Buddhist monk who trains HeroRats – the rodents that has helped sniff out not only landmines but also tuberculosis infection. In 2008 and 2009, about 30 state-accredited HeroRats, scampered across more than a million square meters of Mozambican land, ferreting out almost 400 mines and other ordnance. The U.N. says 9.6 million square meters still needed to be cleared in 2009
You can read more about HeroRats at Time. 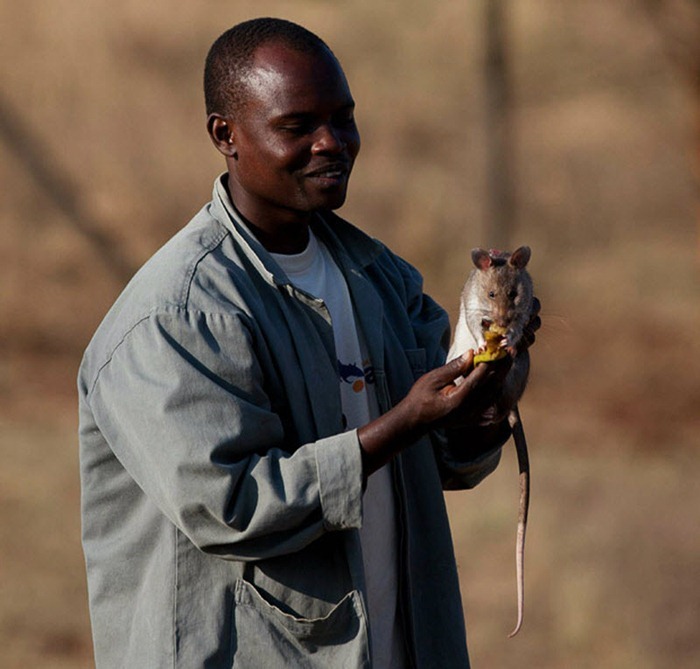 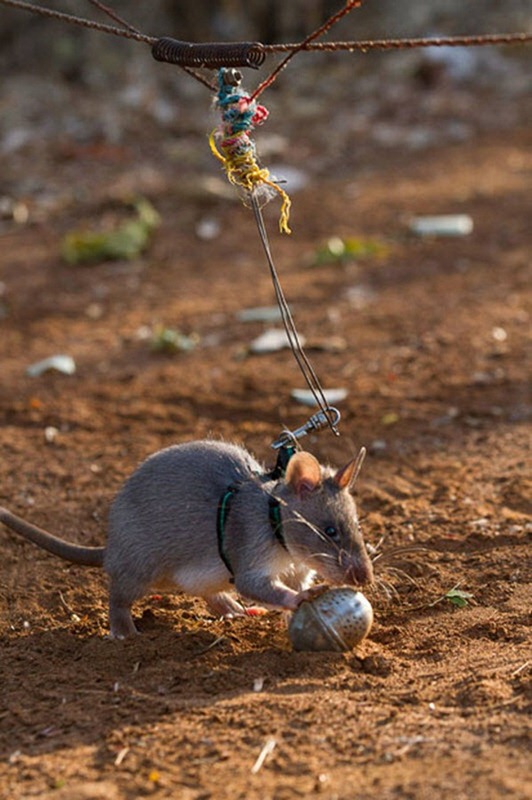 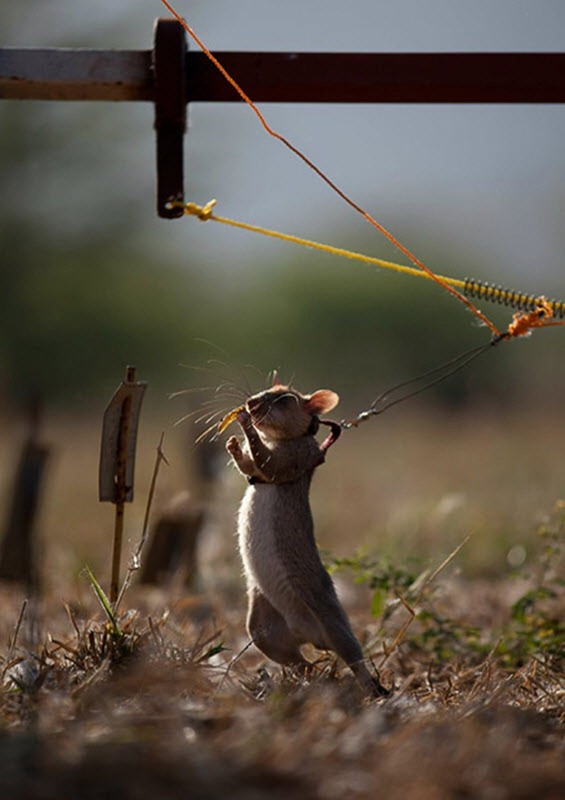 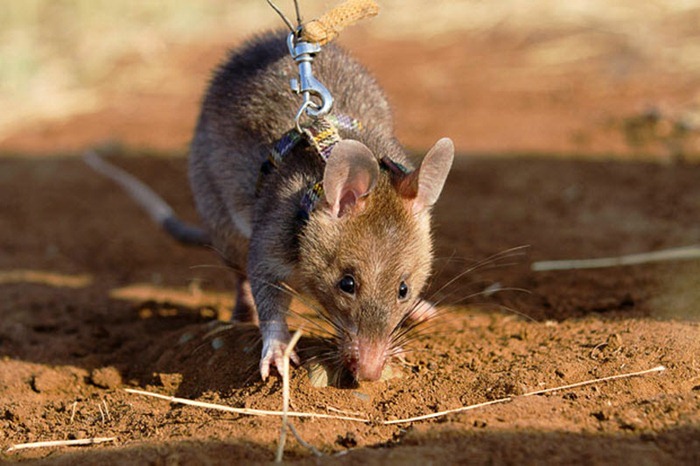 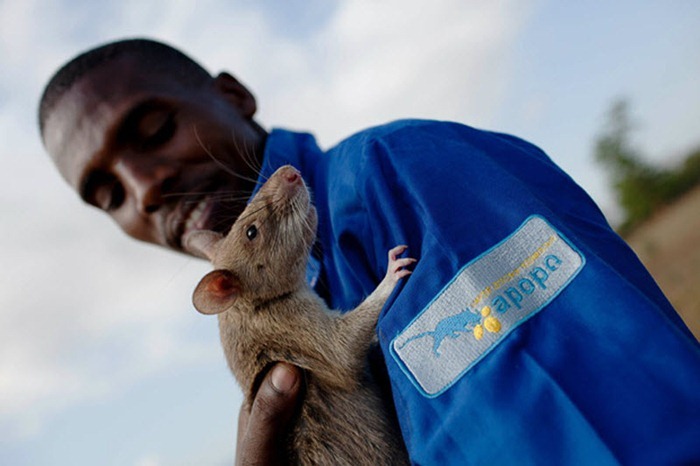 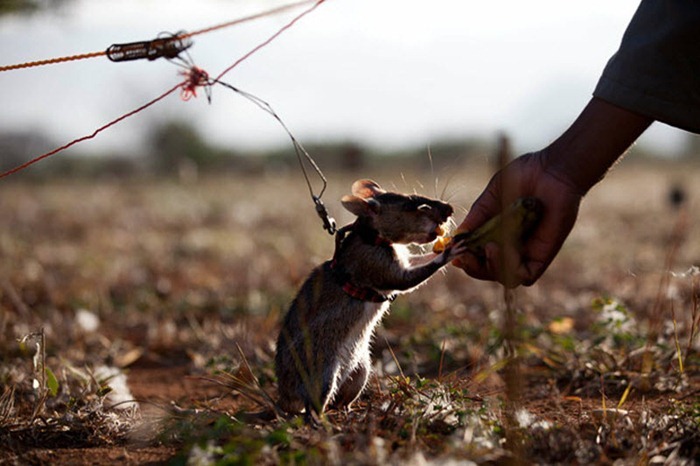 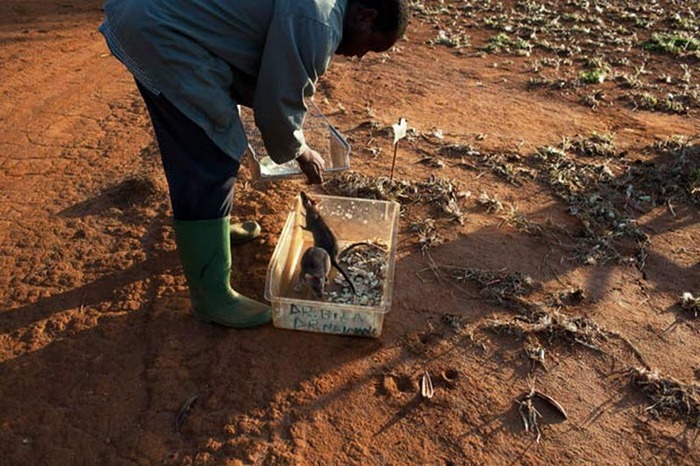 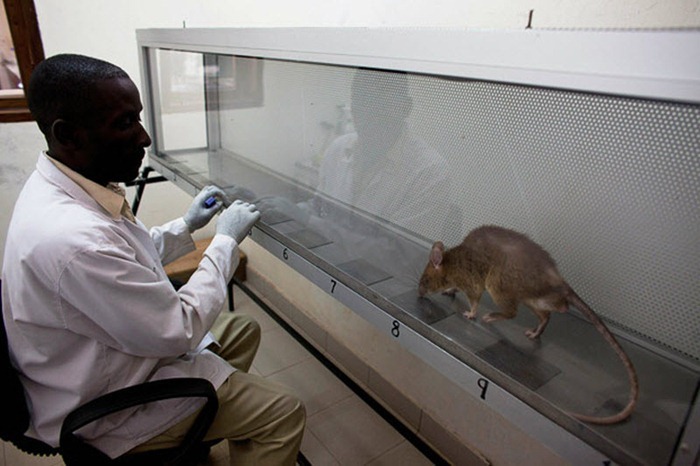 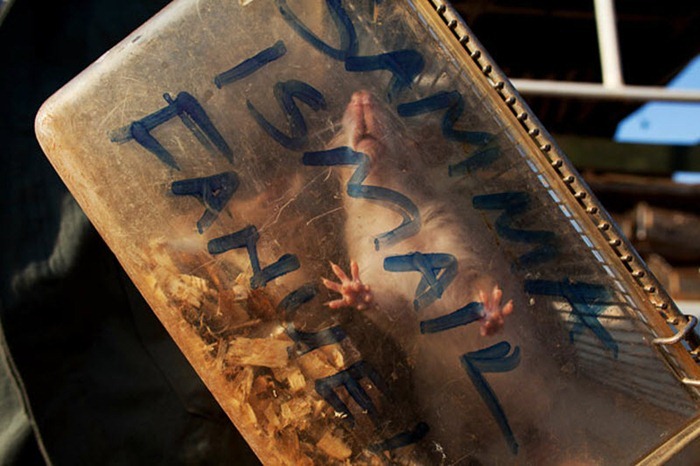 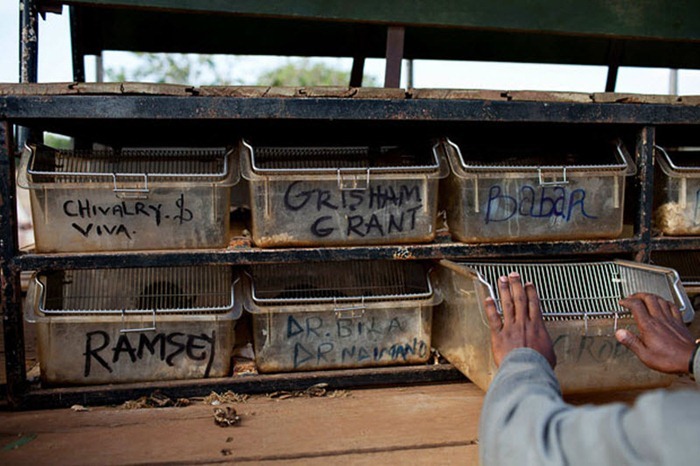 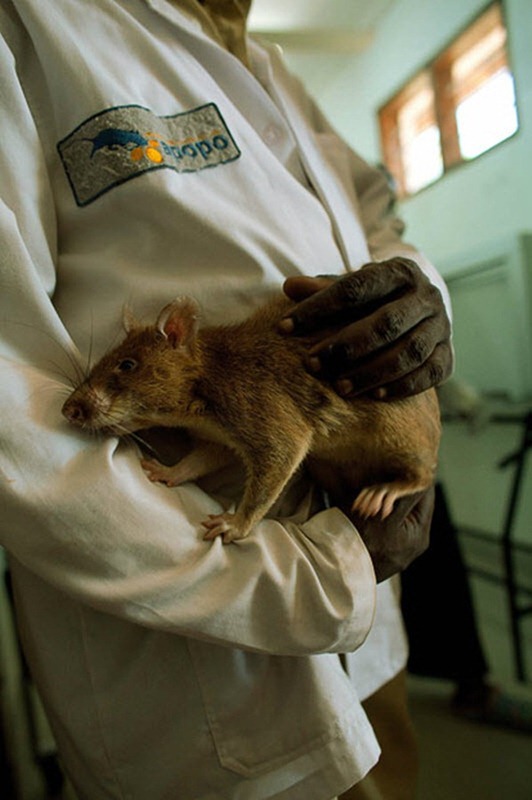