Posted by Unknown Posted on 8:44 PM with No comments
Port Lockroy is a natural harbour on the Antarctic Peninsula of the British Antarctic Territory. Originally discovered in 1903 by a French Antarctic expedition, the port was named 'Port LaCroix' after Edouard LaCroix who helped finance the expedition. Over the years Port Lockroy found use as an anchorage by whalers and in 1944 became 'British Base A', the first of the more than 20 eventual British bases established in Antarctica.
After the close of World War II it functioned as a civilian research outpost and was eventually shut down in 1962. It sat abandoned until a British team renovated the historical site and opened it as a monument and museum in 1996. This base is now restored as a historic site which has a gift shop and the only public post office on the Antarctic peninula.
Port Lockroy museum and post office is operated by the United Kingdom Antarctic Heritage Trust and proceeds from the small souvenir shop fund the upkeep of the site and other historic sites and monuments in Antarctica. 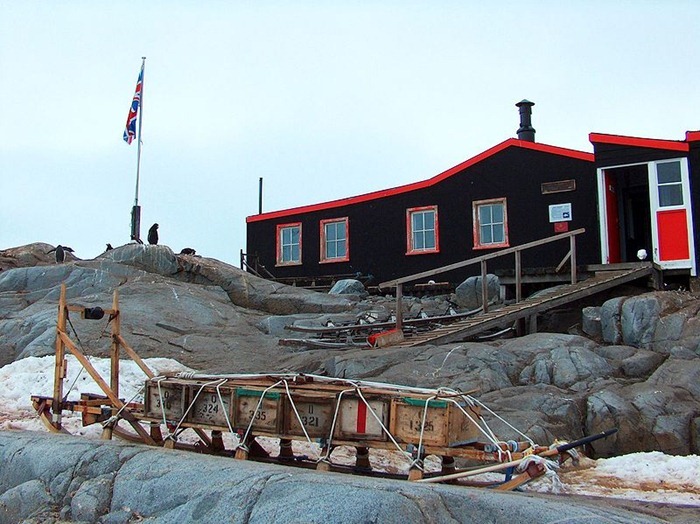 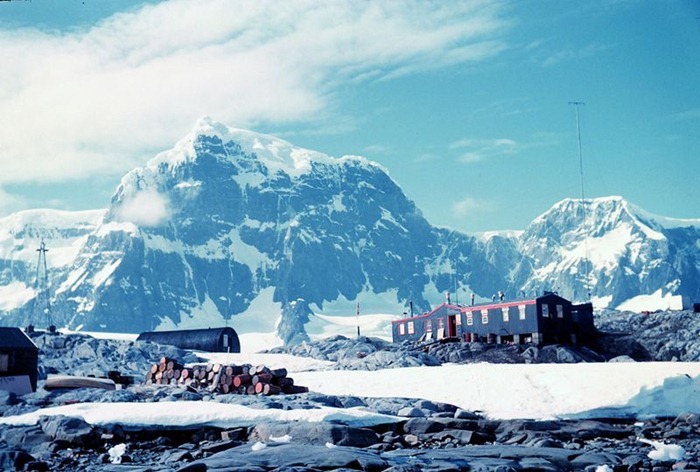 The abandoned British base at Port Lockroy, 1962 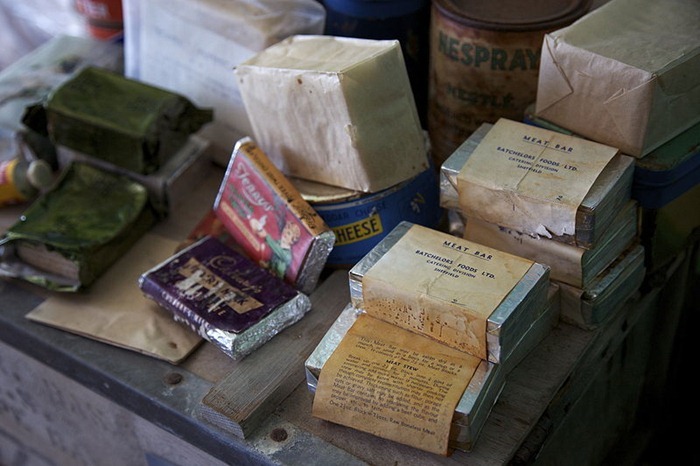 Food rations on display at the museum 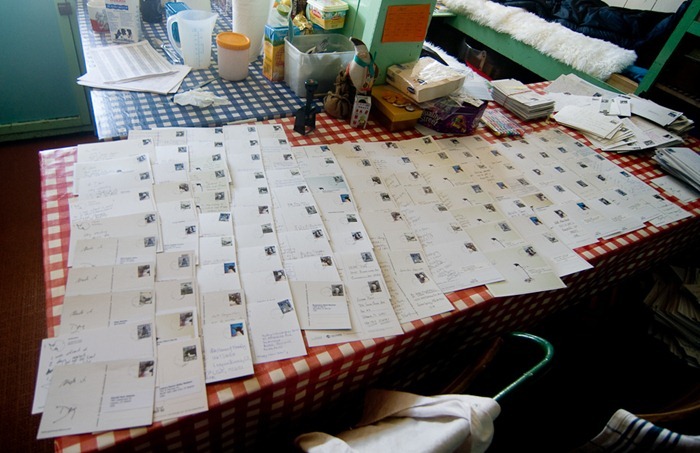 Port Lockroy sends dozens of postcards a week that get ferried once every two weeks to the Falkland Islands, and from there to England, no matter where their final destination may be. 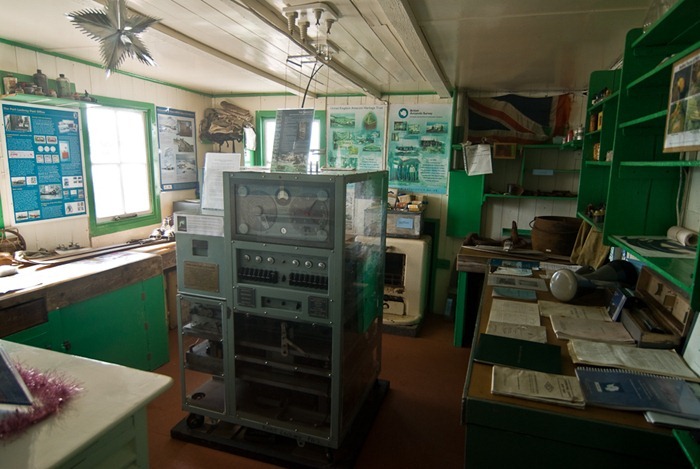 The Lockroy weather station. Recording the barometric pressure and temperature throughout the year, this was one of the most vital pieces of equipment in the station 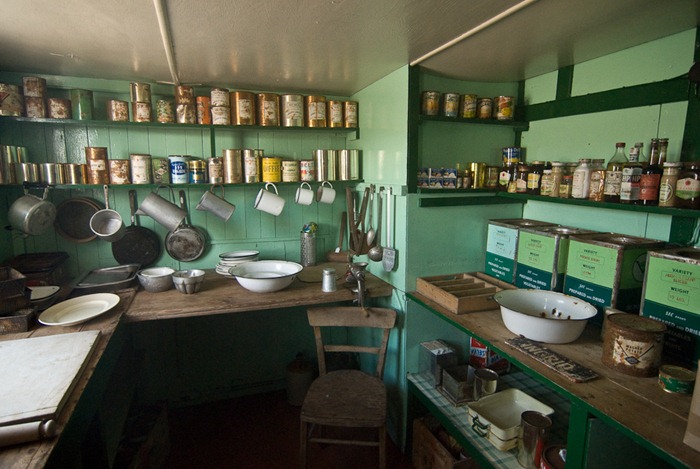 The Lockroy kitchen (above and below) 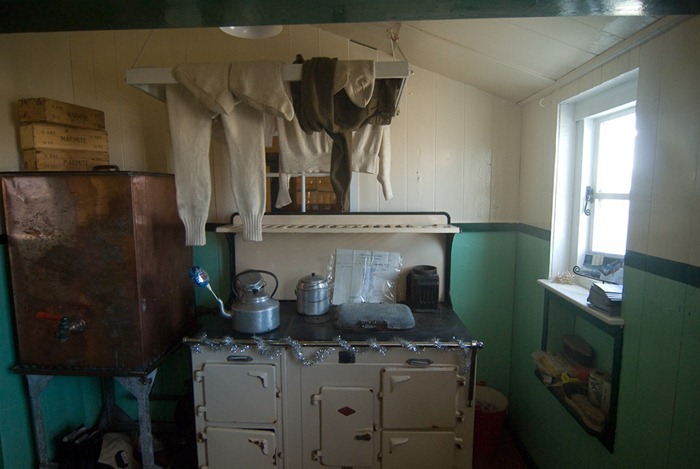 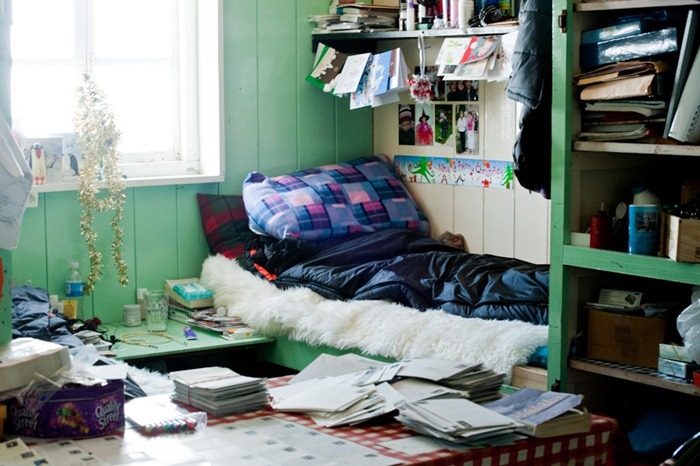 Only 4 people can stay at Port Lockroy. They all share a common bedroom with a bunk in each of the four corners of the room 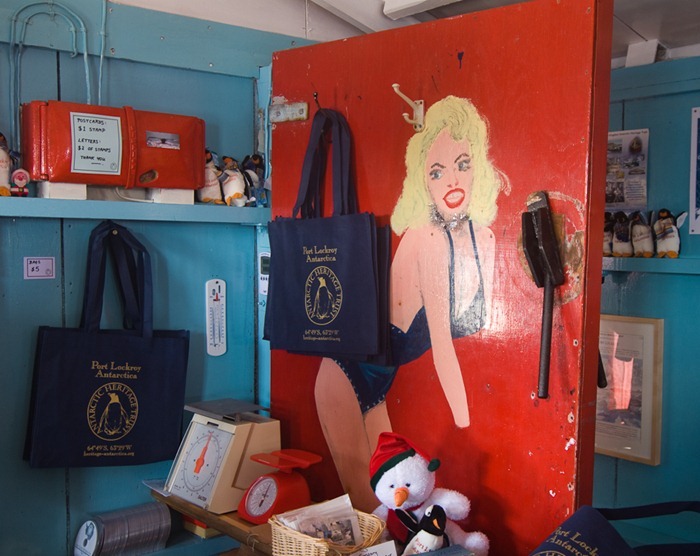 In the Port Lockroy gift shop stands a painting possibly done by one of the early lodgers, some 50 years ago. Seems they never finished, and the model had to do without hands and only one arm! 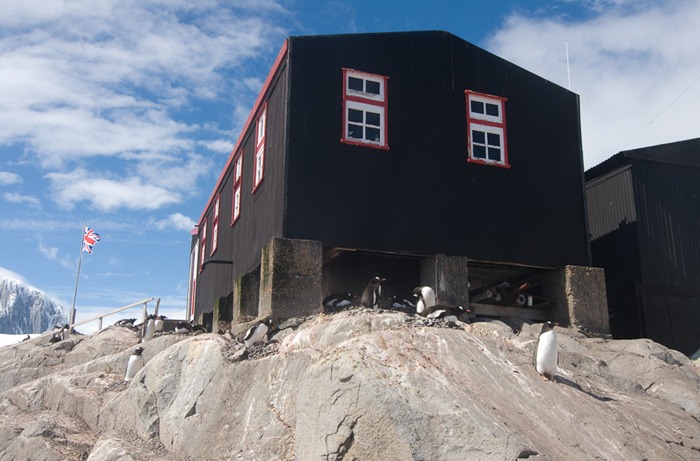 At Port Lockroy, penguins and humans live in perfect harmony. Most of the current research revolves around the local Gentoo penguin population, and observing the impact of humans on their environment. Half the island is open to tourists, while the other half is reserved for penguins. 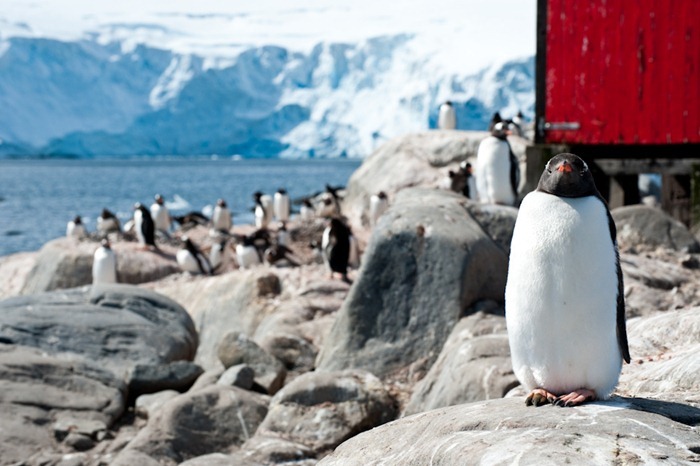