Posted by Unknown Posted on 2:20 AM with No comments
The route along the A23 from London to Brighton in south-east England is popular for races, tours, charity rides and rallies. The route was originally popularized by the London to Brighton Veteran Car Run which begun in 1927 for cars built before 1904. The race was an reenactment of the original 1896 Emanicipation Run, held on 14 November 1896 to celebrate the passing into law of the Light Locomotives Act which raised the speed limit to 14 mph and did away with the need for a person to walk in front of a vehicle waving a red flag to warn other road users.
A total of 572 vintage cars took part in the rally from Hyde Park to the East Sussex resort in this year’s annual London to Brighton Veteran Car Run, but only 433 of them made it to the finish line some 60-miles away. 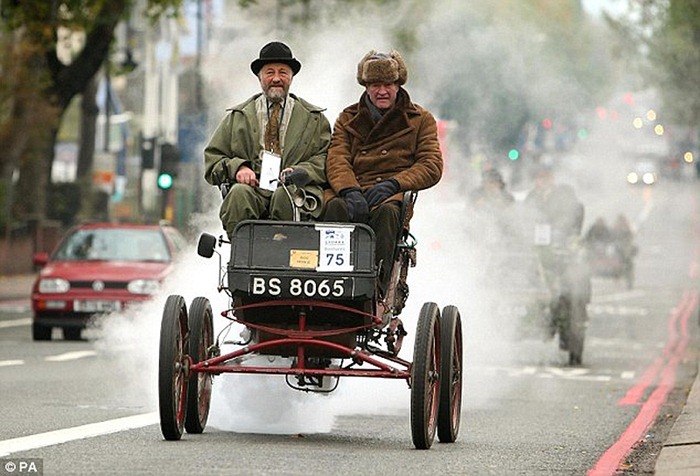 According to the rules, only cars registered before 1905 were eligible to take part. A rally spokesman said: "These cars are all over 100 years old so they're not the most reliable and many break down along the way, and there are always a few non-starters." He added that though a number of the larger vehicles could touch speeds of up to 60mph, a majority were going at around 20mph.

One of the first cars to cross the start line was a circa 1894 Benz Victoria. A 1904 Darracq, which starred in the 1953 comedy film Genevieve, also took part in the race. 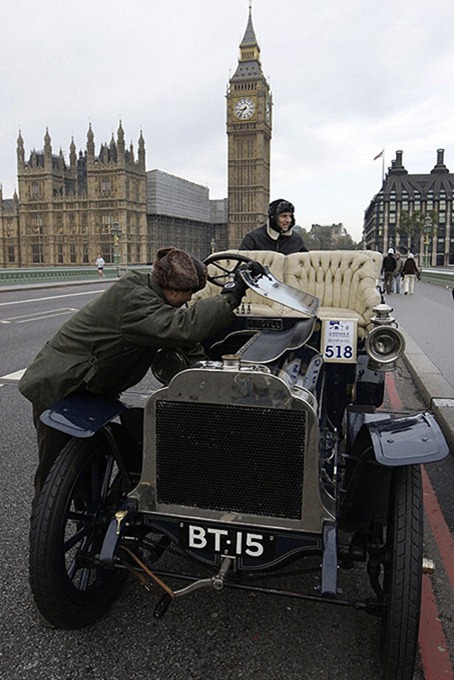 The driver checks the engine of his car Argyll 1904, standing on Westminster Bridge in London . 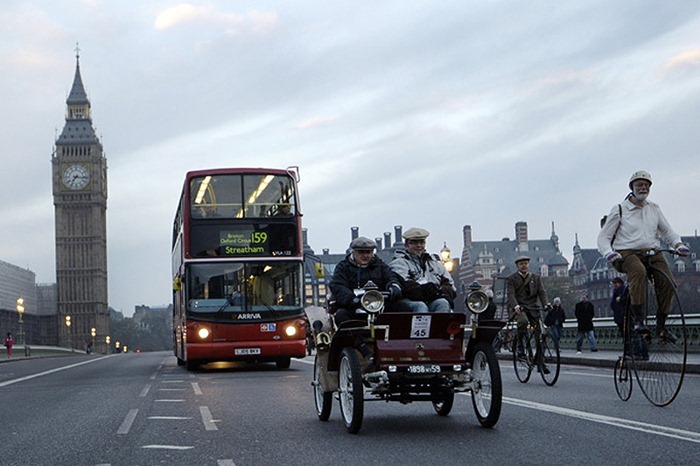 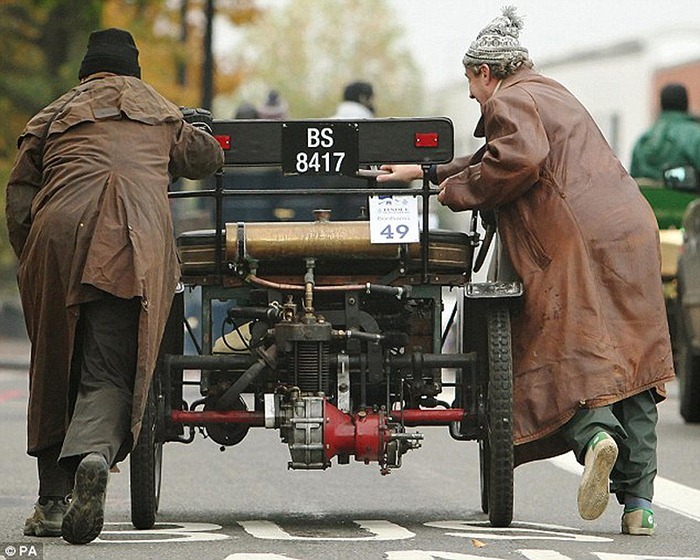 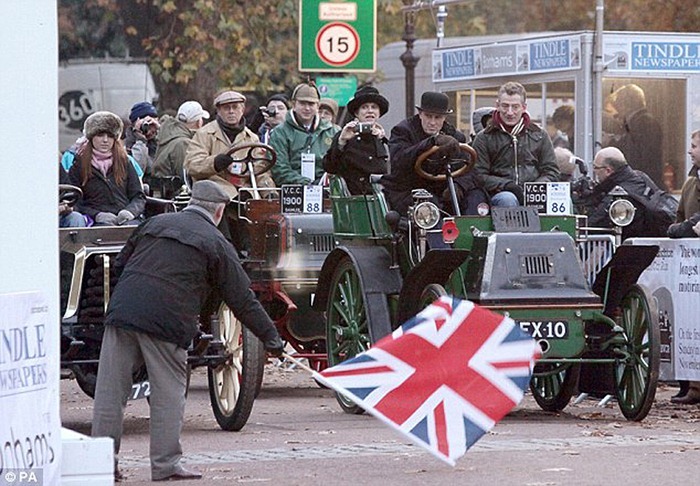 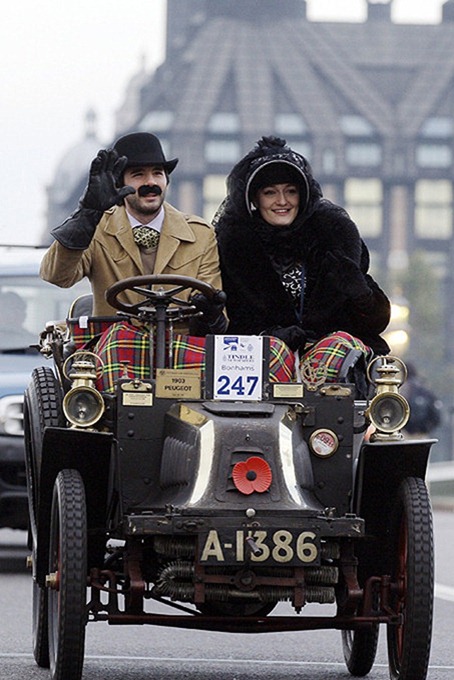 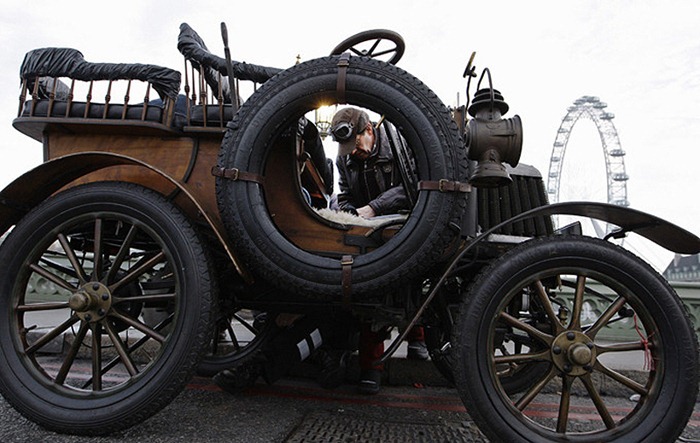 The driver sits in his car Argyll 1901, which broke down again. 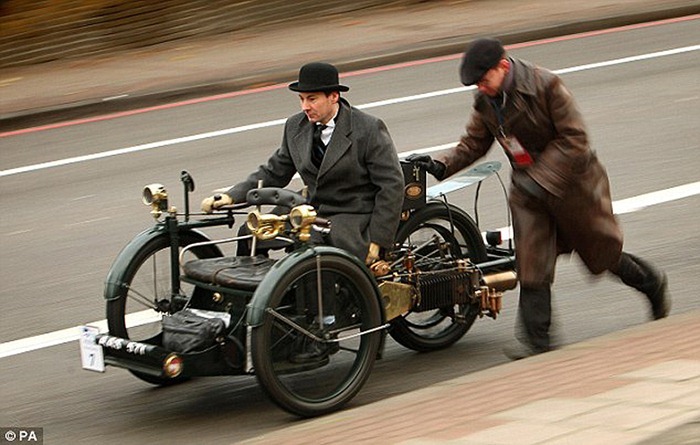 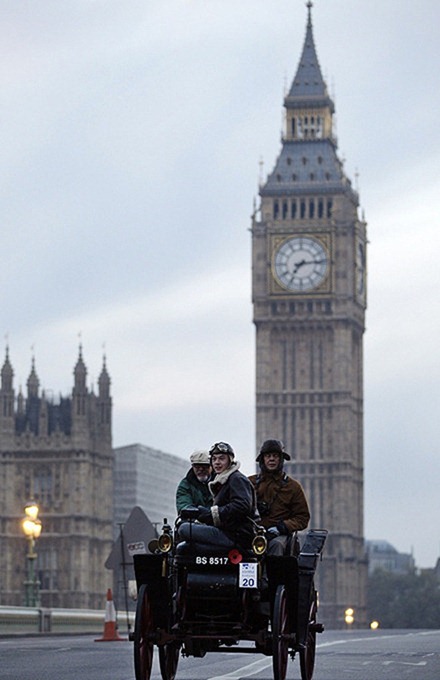 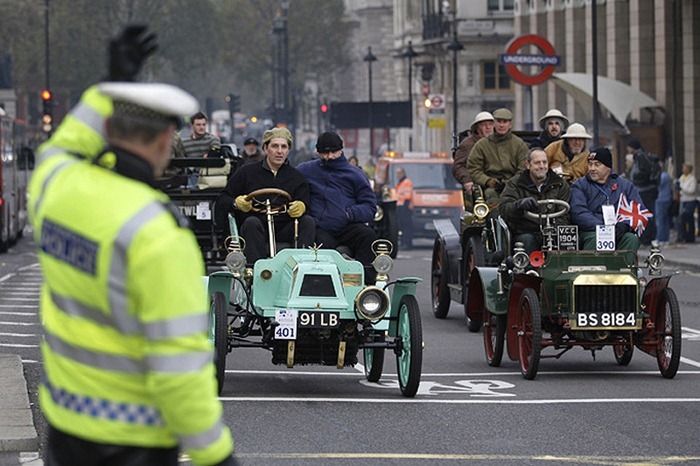 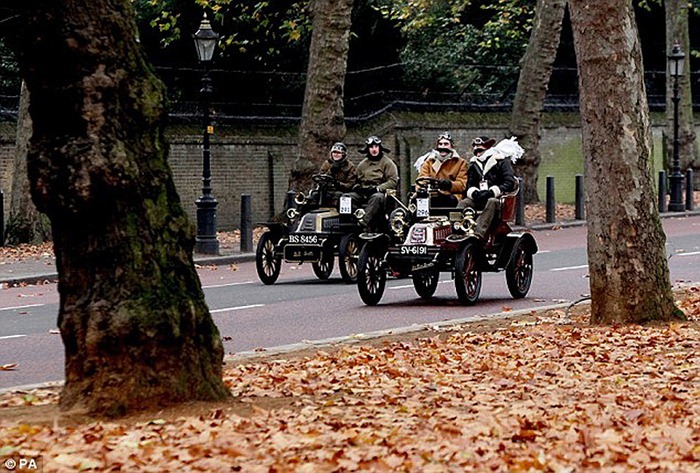 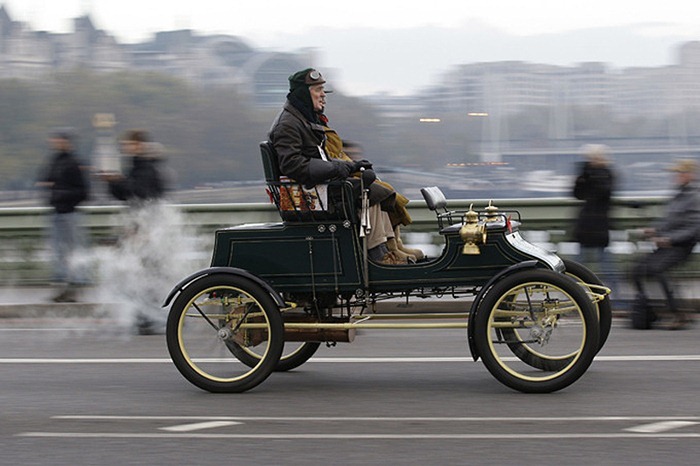 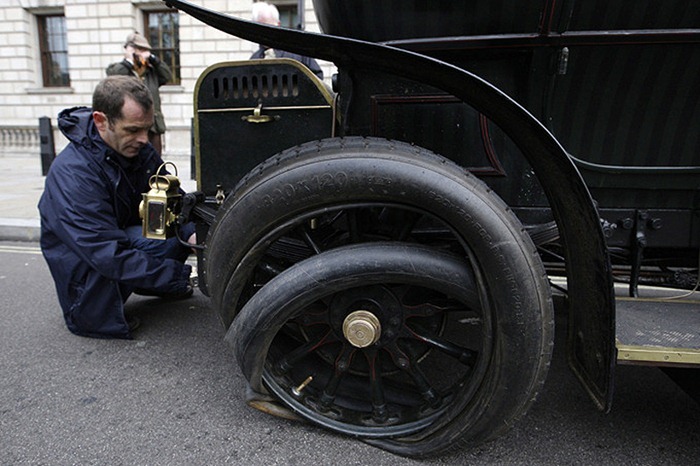