Posted by Unknown Posted on 2:38 AM with No comments 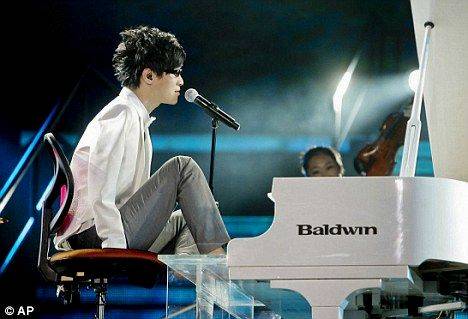 Liu Wei from Beijing, lost his arms from an accident at age 10. He never gives up living strong. He handled to do everything with his feet. His dream is to become a musician. Liu started to learn to play piano at age 19, now he is 22 and just won the China’s Got Talent Show on Oct. 10, 2010. More after the break...
He played piano and sang the song “You Are Beautiful” in the final. The power of his vocal and inspiration of his zest for life won him the final. Liu Wei’s motto is,”I have two options – I can die as fast as possible, or I can live a brilliant life. And I chose the latter.” Check out the video of Liu’s performance in China’s got talents final. Via Link 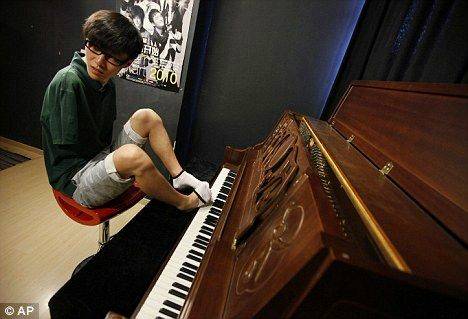