Posted by Unknown Posted on 2:34 AM with No comments 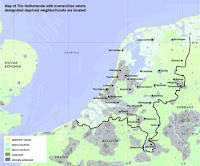 1.Vatican City - 0,2 square miles
these countries are the world's smallest state, the Vatican has a population of 770, none of whom are permanent residents. The tiny country which surrounds St. Peter's Basilica is the spiritual center for the world's Roman Catholics (over 1 billion strong). Also known as the Holy See, Vatican City is surrounded by Rome, Italy.

2.Monaco - 0.7 square miles - The tiny state of Monaco lies along the French Riviera on the French Mediterranean coast near Nice. An impressive 32,000 people live in this state known for its Monte Carlo casinos and Princess Grace. It has been independent off-and-on since the 13th century.


3.Nauru - 8.5 square miles - The 13,000 residents of the Pacific island Nauru rely on diminishing phosphate deposits. The state became independent in 1968 and was formerly known as Pleasant Island.

4.Tuvalu - 9 square miles - Tuvalu is composed of 9 coral atolls along a 360 mile chain in Polynesia. They gained independence in 1978. The former Ellice Islands are home to 12,000.

5.San Marino - 24 square miles - Located on Mt. Titano in north central Italy, San Marino has 29,000 residents. The country claims to be the oldest state in Europe, having been founded in the fourth century.

6.Liechtenstein - 62 square miles - This microstate of 34,000 is located on the Rhine River between Switzerland and Austria in the Alps.

7.Marshall Islands - 70 square miles - The atolls (including the world's largest, Kwajalein), reefs, and 34 islands (population 58,000) gained independence in 1986; they were formerly part of the Trust Territory of Pacific Islands (and administered by the United States).


8.Saint Kitts and Nevis - 104 square miles - This Caribbean country of 39,000 gained independence in 1983. Nevis is the smaller island of the two and is guaranteed the right to secede.

9.Seychelles - 107 square miles - The 81,000 residents of this Indian Ocean island group have been independent of the United Kingdom since 1976.

11.Malta - 122 square miles - This island is just south of the Italian island of Sicily. It became independent from the United Kingdom in 1964 and the British military were completely gone by 1979. The population is 400,000.

13.Saint Vincent and the Grenadines - 150 square miles - 117,000 people live on these Windward Caribbean islands which gained independence from Britain in 1979.

14.Barbados - 166 square miles - About 280,000 people live on this Caribbean island, the farthest east of the Lesser Antilles. Barbados obtained independence from the U.K. in 1966.

15.Antigua and Barbuda - 171 square miles - This Caribbean nation of 69,000 has been independent from the United Kingdom since 1981. The three islands which compose this country rely on tourism (as do many of the Caribbean countries and territories).

16.Andorra - 180 square miles - The independent Principality of Andorra is co-governed by the President of France and the Spain's Bishop of Urgel. With just over 70,000 people, this mountainous tourist destination tucked in the Pyrenees between France and Spain has been independent since 1278.

17.Palau - 191 square miles - Palau (also known as Belau) was a Trust Territory of Pacific Islands. It was formerly known as the Carolines and is composed of more than 200 islands in the Pacific; the population is about 20,000. It became independent in 1994.
Share this article :
Labels: Places, World's Smallest, Worlds Smallest