Posted by Unknown Posted on 6:39 PM with No comments
Many of us turn to hobbies to help relax us in our down time, whether it be reading, knitting or fishing. But, for some, a hobby sometimes morphs into a full-time obsession. These 10 collectors probably never imagined that they would amass the number of objects they have—but thank goodness for such dedication! From 300 cookie cutters to over 2,000 rubber duckies, these collections will have you rethinking what you keep and what you throw away. As they say, one man’s treasure… 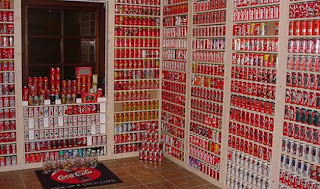 Since the 1980s, the Dutch Coca-Cola can fanatic behind Colaplaza.com has been collecting various types of coke cans from around the world. The collection currently has over 8,000 pieces, plus various other soda cans for anyone who wants to trade. 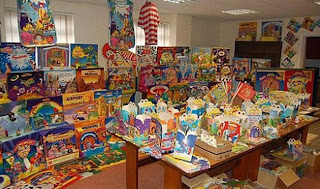 Luke Underwood’s 7,000-piece collection of McDonald’s promotional items includes toys, happy meal boxes, posters and a complete set of 101 Dalmatians figurines in their original bags. The collection is thought to be the largest of its kind in the United Kingdom  and recently sold for £8,000 – that’s approximately $13,000 in U.S. currency. 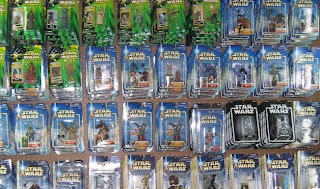 Joshua Budich first became interested in Star Wars figurines after watching The Empire Strikes Back as a kid. However, his curiosity turned into an obsession with the release of The Phantom Menace in 1999. Since then, has accumulated over 600 figurines – all in their original packaging. 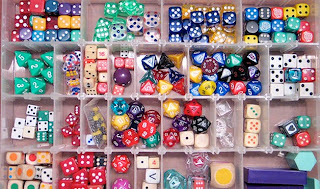 As a teenager, Amos Kwok dabbled in role-playing games (a la Dungeons & Dragons), which utilized dice in their game play. His fascination grew as he came across interesting facts about different kinds of dice and today his collection includes everything from ten- and twelve-side dice to die within die. 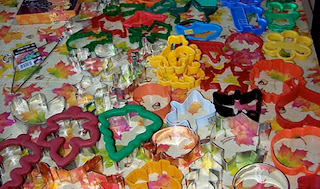 During her senior year of high school, Cecelia Thomas became curious about cookie cutters while baking a batch of Christmas cookies. Now, her ever-growing collection has over 300 cookie cutters with designs ranging from an antique gingerbread cutter made in the 1800s to a copper UFO from Roswell, New Mexico and everything in between. However, no cutter is too sacred—she says she still uses them all for baking. 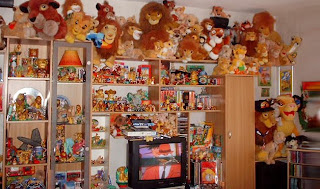 When The Lion King first came out, Prince Simba made his way into many hearts and minds, but for Daniela Ratzenberger, it may have been a little more than that. Her enormous collection contains an impressive number of plastic figurines, plush stuffed animals and just about anything else stamped with the characters of this popular Disney movie. 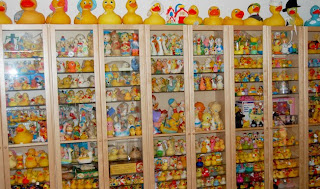 In 2003, Charlotte Lee set the Guinness World Record for owning the largest rubber duck collection. That year, she clocked in with 1,439 rubber ducks, but since then, her collection has grown to over 2,100 pieces. It’s safe to say that for her, bath time will always be lots of fun. 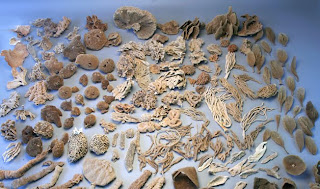 Sea Sponges Collection Guinness World RecordsHelle Jorgensen’s collection of natural sea sponges have been found on the beaches of Newport, Australia over the last 20 years. The avid collector scours the shore for the diverse sea treasures and later dries her findings to retain their shape. The best time to find a new sponge for the collection? Along the shore after a big storm hits. What began as a simple desire to collect 80s nostalgia from his childhood has grown into a bit of an obsession for Kevin Rej. His Pez dispenser collection currently has 418 pieces of pop-culture references, including Simpsons’ characters, Disney characters, holiday-themed characters and the king himself, Elvis Presley. 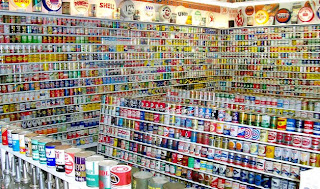 Automobile fanatic Fred Stoke has a ranch in Windsor, California filled with automotive collectibles, a restored 1920s gas station and other charming retro elements. Among these attractions is a faux general store that houses his ever-so-popular vintage oil can collection—possibly the largest in the world.
Share this article :
Labels: World Records