Posted by Unknown Posted on 7:44 AM with No comments
Doctors can’t tell Mandy Sellars why her legs keep expanding – all they say is that her only option is a drastic amputation. She travelled to the US for a new TV show in search of an alternative...

It’s not easy being Mandy Sellars. She has hugely outsized legs that make having a normal life nearly impossible.

People stare whenever she leaves the house, she needs a special car to get around and can’t work full time.

What’s more, her condition is getting worse and doctors say she needs an amputation so severe she won’t be able to sit up.

And she doesn’t even know what’s caused it. 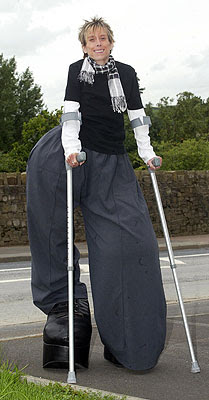 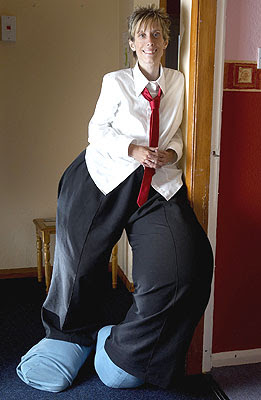 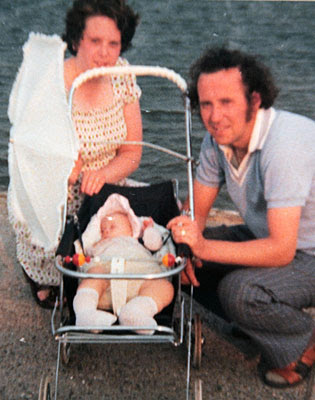 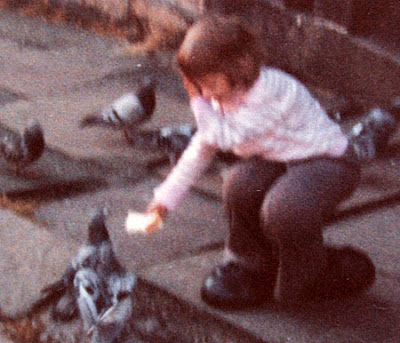 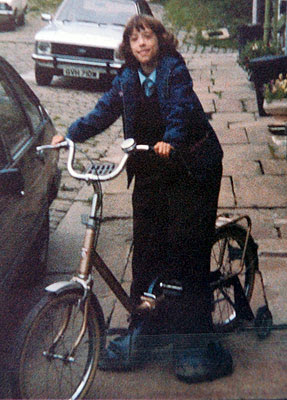 But the cheerful 33-year-old from Accrington, Lancs, just won’t be told. She’s challenged medics’ verdict and has just got back from America where she went to find a new treatment.

And now she’s on a mission to find out once and for all what’s the matter with her.

“As you can imagine the size of my legs and clubfoot make walking difficult and I need crutches just to get around my ground floor flat.

“And people can be very cruel. I was in a park a few months ago when a group of teens started pointing at me, they were saying to each other, ‘Look at the size of her legs.’

“I wish they could experience how it feels to have strangers laugh at you.

“I don’t mind curiosity – it’s the laughing and nudging that gets to me. ”

It’s no wonder some people stare. Mandy’s legs are wider than the average man’s waist and heavier than most women.

Her left leg is five inches longer than her right and has a clubfoot, which has turned 180 degrees backwards. She says: “I weigh about 20 stone – 15 of which are my legs.”

She has never had a firm diagnosis, but it could be linked to Proteus syndrome, which causes abnormal skin and limb growth. John Merrick, the Elephant Man, is believed to have had it.

“I use an electric wheelchair when I go out,” says Mandy.

“I live alone and what takes the average person half an hour takes me an hour, if not longer. Just getting dressed in the morning is a mammoth task.

“By the time I go into the kitchen to get breakfast, I can be exhausted. I can’t just pop to the shops, it all has to be planned.”

Mandy has a specially adapted hand-controlled car so she can still get out to meet friends and go round for a coffee and a chat.

“I try to lead a normal life but I do get frustrated,” she says. “The worst thing about my condition is that my mobility is getting worse and I have no control over it.”

When Mandy was born doctors gave her a week to live.

Her left leg was three inches longer than her right, and both were out of proportion. No one knew what her condition was or how to treat it.

Despite the odds, Mandy proved everyone wrong and at 18 months she began walking.

“I could never run as fast as my friends but I was still outside playing. I also learned to ride a bike but I kept the stabilisers on until I was 16.

“It’s embarrassing now when I think about it, but I didn’t care then,” she says laughing. “My legs started to grow when I was really small. I saw a lot of doctors, then when I was seven, one specialist told my mum I should have my legs amputated.”

Mandy’s mother June, 57, was horrified by the doctor’s suggestion and argued if her daughter could still run and play with friends there was no need to have her legs cut off.

“Mum was brave to stand up to the consultant. My parent’s have always been supportive and told me that I can do whatever I want to do.

“They realise that they won’t always be here and have encouraged me to be independent, so at 19 I left to live on my own.

“I was a normal teenager – I went out drinking, clubbing and ended the night with a kebab.”

After college Mandy went to the University of Central Lancashire where she gained a BSc in psychology.

“I’ve got a quick mind but a full-time job would exhaust me,” she explains. “But I like to make the most of life.”

She talks to friends over the internet every day and is in the middle of writing a book about her life.

She even finds the energy to head to the local RSCPA rescue centre once a week to clear out the rabbit hutches.

But her health keeps getting worse.

She has suffered arthritis, deep vein thrombosis (DVT) and had a blood clot in her leg. She was paralysed from the waist down for two months.

“I had to learn to walk again which took three months,” she says.

“Three years later I bumped my leg and got a blood infection, then my kidneys then failed and I got MRSA.

“In all this time and during all of my visits to hospitals, I’ve never been given a definite diagnosis, except to be told it could be a form of this Proteus syndrome.

“No doctor has been investigated to any degree. I was beginning to believe I was the only woman in the world with it.”

The situation isn’t going to get better.

She says: “As my legs get heavier they’ll put a strain on my heart and internal organs.

“I know that amputation and prosthetic legs are my only option to save my life but I’m unhappy with what the UK experts told me.

“They said the only way to do the op would be to amputate my left leg from the hip and the right leg above the knee.

“But I wouldn’t be able to sit up and would be even more disabled than now.”

So when a TV production company contacted Mandy and said it wanted to make a documentary about her life, and take her to meet US specialists, she didn’t hesitate to say yes.

In the US she met renowned orthopaedic surgeon Dr William Ertl and prosthetic whizz Kevin Carroll.

The pair has worked together on many challenging cases and Carroll famously made a prosthetic tail for a dolphin.

“What they told me gave me hope,” Mandy says.

“They said I could have a far less severe amputation. Now I feel much better informed to make a decision about amputation.

The information I got in the US has been life-changing.”

Mandy also now has a UK doctor who is willing to search for the elusive diagnosis.

While amputation is inevitable and Mandy still faces the biggest dilemma of her life, she’s pleased that some day there may well be a condition in the medical books named after her.

“It could be called Sellars syndrome,” she smiles.

“Then I’d go down in history.”

Extraordinary People – The Woman With Giant Legs, next Thursday (August 21), at 9pm on Five.