Posted by Unknown Posted on 5:57 AM with No comments
Poetic Resignation

The name is good, the brand is big
But the work I do is that of a pig
The work or the brand; what is my way?
I don't know if I should stay.

To work, they have set their own way
Nobody will care to hear what I say
My will be NULL, they wont change their way
I don't know if I should stay.

The project is in a critical stage
But to do good work, this is the age
This dilemma is killing me day by day
I don't know if I should stay.

The money is good, the place is great
But the development is at a very small rate
Should I go for the work, or wait for pay
I don't know if I should stay!

The managers don't know what they talk
The team doesn't know where they walk
That's a bad situation, what say?
I don't know if I should stay.

I can go to any other place
But what if I get the same disgrace
I can't keep switching day by day
I don't know if I should stay.

The -ves are more, the +ves are less
Then why have this unnecessary mess
No more will I walk their way,
It's all done, I won't stay.

Reply: What I want to say? (Manager)

If you feel right go in the same way
May god give you the work, the challenge you want
Anyway there is always a second chance
Chances are there, grab them snatch them
That is what I can say

Keep on jumping companies to get more and more and more....
That will keep you always a fore (Even to me)
From my experience I can tell you
Working here is like taking hell out of you
You are frustrated since you have no quality work
And you were frustrated because you had quantity work

Have you completed all the formalities?
Filled the form and got it signed from dept. humanities (HR)
Once done you can take all your cash
But don't refer others as they will follow you're a*s.
At last I appreciate your contribution to the company
Even though there was not any....

You will keep a copy of this with you for FYI
Don't feel shy
As I also got it some time back from my old manger say Hi....
That is all what I want to say.

Posted by Unknown Posted on 5:49 AM with No comments
The Seed
A successful business man was growing old and knew it was time to chose a successor to take over the business. Instead of choosing one of his directors or his children, he decided to do something different.

He called all the young executives in his company together.

"It is time for me to step down and choose the next CEO," he said. "I have decided to choose one of you."

The young executives were shocked, but the boss continued. "I am going to give each one of you a seed today - a very special seed. I want you to plant the seed, water it, and come back here one year from today with what you have grown from the seed I have given you. I will then judge the plants that you bring, and the one I choose will be the next CEO."

One man, named Jim, was there that day and he, like the others, received a seed.

He went home and excitedly, told his wife the story. She helped him get a pot, soil and compost and he planted the seed.

Every day, he would water it and watch to see if it had grown. After about three weeks, some of the other executives began to talk about their seeds and the plants that were beginning to grow. Jim kept checking his seed, but nothing ever grew.

Three weeks, four weeks, five weeks went by, still nothing. By now, others were talking about their plants, but Jim didn't have a plant and he felt like a failure.

Six months went by - still nothing in Jim's pot. He just knew he had killed his seed. Everyone else had trees and tall plants, but he had nothing. Jim didn't say anything to his colleagues, however. He just kept watering and fertilizing the soil - he so wanted the seed to grow.

A year finally went by and all the young executives of the company brought their plants to the CEO for inspection. Jim told his wife that he wasn't going to take an empty pot. But she asked him to be honest about what happened.

Jim felt sick at his stomach. It was going to be the most embarrassing moment of his life, but he knew his wife was right.

He took his empty pot to the board room. When Jim arrived, he was amazed at the variety of plants grown by the other executives. They were beautiful--in all shapes and sizes. Jim put his empty pot on the floor and many of his colleagues laughed. A few felt sorry for him!

When the CEO arrived, he surveyed the room and greeted his young executives.

Jim just tried to hide in the back.

"My, what great plants, trees, and flowers you have grown," said the CEO.

"Today one of you will be appointed the next CEO!"

All of a sudden, the CEO spotted Jim at the back of the room with his empty pot. He ordered the financial director to bring him to the front.

Jim was terrified. He thought, "The CEO knows I'm a failure! Maybe he will have me fired!"

When Jim got to the front, the CEO asked him what had happened to his seed. Jim told him the story.

The CEO asked everyone to sit down except Jim. He looked at Jim, and then announced to the young executives, "Here is your next Chief Executive! His name is Jim!"

Jim couldn't believe it. Jim couldn't even grow his seed. How could he be the new CEO the others said?

Then the CEO said, "One year ago today, I gave everyone in this room a seed.

I told you to take the seed, plant it, water it, and bring it back to me
today. But I gave you all boiled seeds; they were dead - it was not possible for them to grow.

All of you, except Jim, have brought me trees and plants and flowers.

"When you found that the seed would not grow, you substituted another seed for the one I gave you. Jim was the only one with the courage and honesty to bring me a pot with my seed in it. Therefore, he is the one who will be the new Chief Executive!"

If you plant honesty, you will reap trust

If you plant goodness, you will reap friends.

If you plant humility, you will reap greatness.

If you plant perseverance, you will reap contentment

If you plant consideration, you will reap perspective.

If you plant hard work, you will reap success.

If you plant forgiveness, you will reap reconciliation.

So, be careful what you plant now; it will determine what you will reap later.
Read more »
Labels: Short Stories

Posted by Unknown Posted on 8:49 AM with No comments 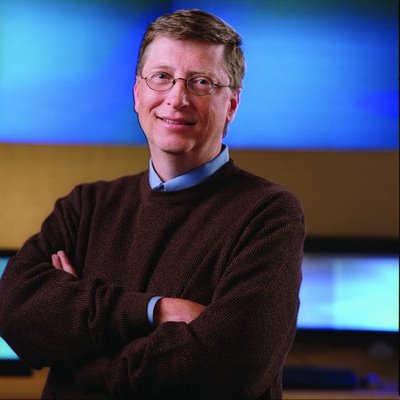 2. If he drops a thousand dollar, he won't even bother to pick it up bcoz the 4 seconds he picks it, he would've already earned it back.

3. The US national debt is about 5.62 trillion, if Bill Gates were to pay the debt by himself; he will finish it in less then 10 years.

4. He can donate US$15 to everyone on earth but still be left with US$5 Million for his pocket money.

5. Michael Jordan is the highest paid athlete in US. If he doesn't drink and eat, and keeps up his annual income i.e. US$30 Million, he'll have to wait for 277 years to become as rich as Bill Gates is now.

6. If Bill Gates was a country, he would be the 37th richest country on earth.

7. If you change all of Bill Gate's money to US$1 notes, you can make a road from earth to moon, 14 times back and forth. But you have to make that road non-stop for 1,400 years, and use a total of 713 BOEING 747 planes to transport all the money.

8. Bill Gates is 40 this year. If we assume that he will live for another 35 years, he has to spend US$6.78 Million per day to finish all his money before he can go to heaven.

Last but not the least:
If Microsoft Windows' users can claim US$1 for every time their computers hang because of Microsoft Windows, Bill Gates will be bankrupt in 3 years!!!!!!! !!!!
Read more »
Labels: Most Popular Celebs

Posted by Unknown Posted on 8:36 AM with No comments

YOU MUST CAN DO LIKE THIS
It's a Real Drawing. 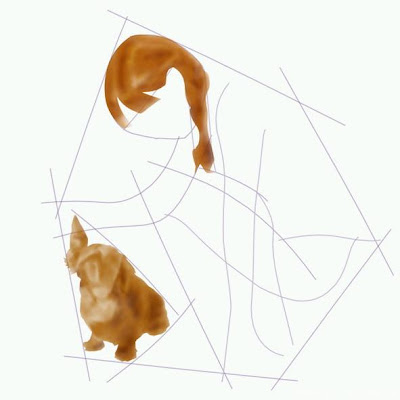 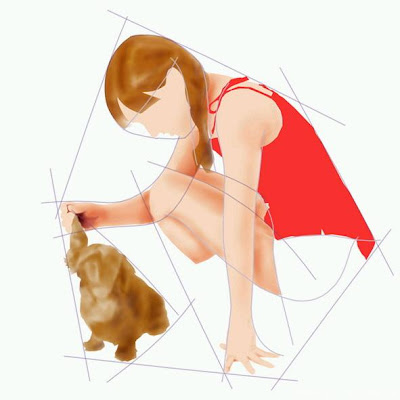 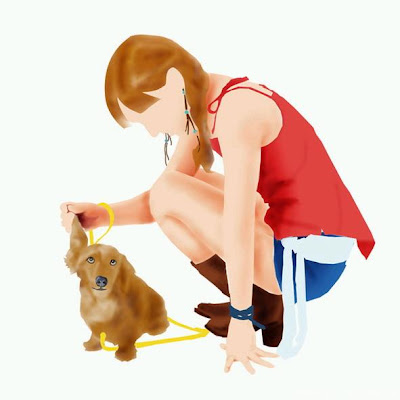 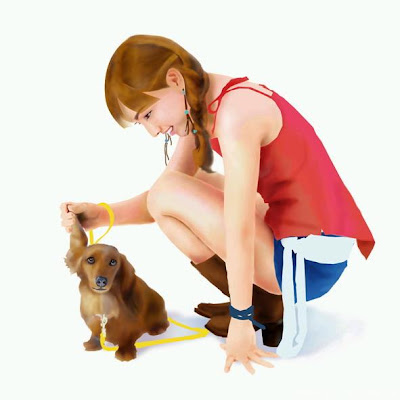 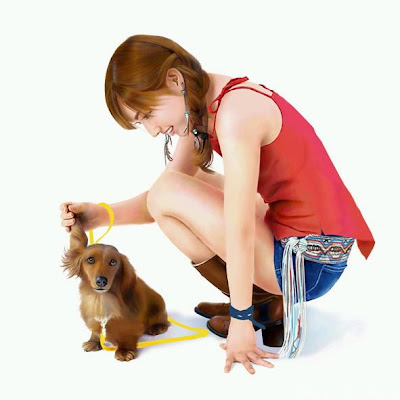